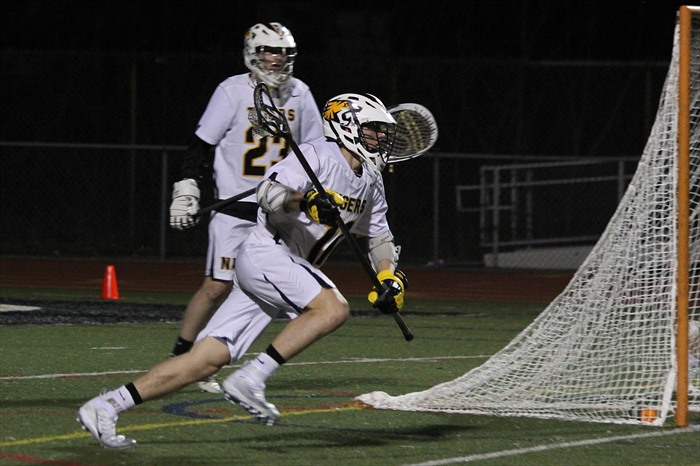 State College rallied from a 6-3 deficit for a 9-8 win over the North Allegheny Tigers on Friday night. Senior attack Will Harvey posted a hat trick, with all three goals coming in the third period, to help the Little Lions in their come-from-behind win.

It was North Allegheny who had to rally back at the outset of the game after State College had built a 3-0 lead in the first quarter. The Tigers stormed back with goals by Jono Pelusi, Gavin Hagen and Jack Profozich to tie the game at 3-3 before halftime.

The Tigers continued their surge following intermission with three straight goals in the first 1:08 of the second half. Jack Kairys, Dillon Dugan and Hagen tallied markers in the third period to build a 6-3 advantage. Unfortunately for NA, the Little Lions clawed their way back and scored six of the final eight goals for a 9-8 victory.

North Allegheny sits at 6-5 overall following the narrow non-section loss. State College improves to 7-4 on the season. The Tigers will visit Kiski Prep in another non-section affair on Tuesday night.