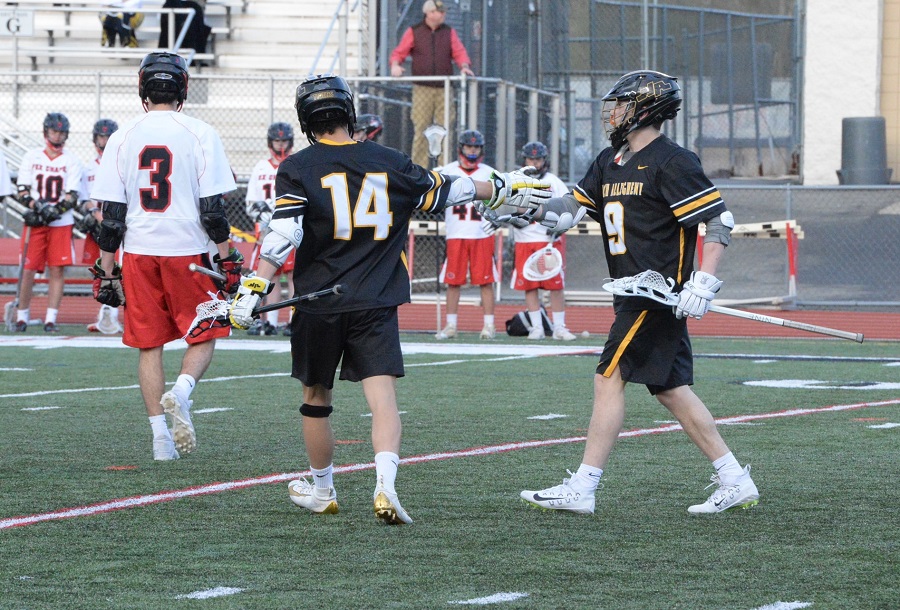 A fast start by North Allegheny in the first quarter helped the Tigers to a 14-9 section win over Fox Chapel on Tuesday night.

Junior Isaiah Davis set the tone with a natural hat trick in the first five minutes of the game for an immediate 3-0 lead. After a Bradley Root goal for Fox Chapel cut the NA lead to 3-1 with 6:01 remaining in the opening stanza, the Tigers answered back with four straight goals to take a 7-1 lead by the early stages of the second period.  Ben Rohan, Ben Maenza, Nick Kairys and Mike Egnaczyk all scored goals during the NA run.

The Foxes rattled off four straight goals of their own in the second period but could not creep any closer than within three goals of the Tigers for the rest of the night. Two goals each from Maenza, Kairys, and Matt Osten helped NA stave off the homestanding Foxes. Along with Davis, Kyler Byerly also posted a hat trick to lead the Tigers attack. Root led the Foxes with a four-goal night.

North Allegheny leaps to 7-1 overall and 3-0 in Section 2-AAA. Fox Chapel dips to 5-2 overall and 2-2 in the section. The Tigers will try to add on to the win column with a home matchup with Mars on Thursday night at 7:30 p.m.