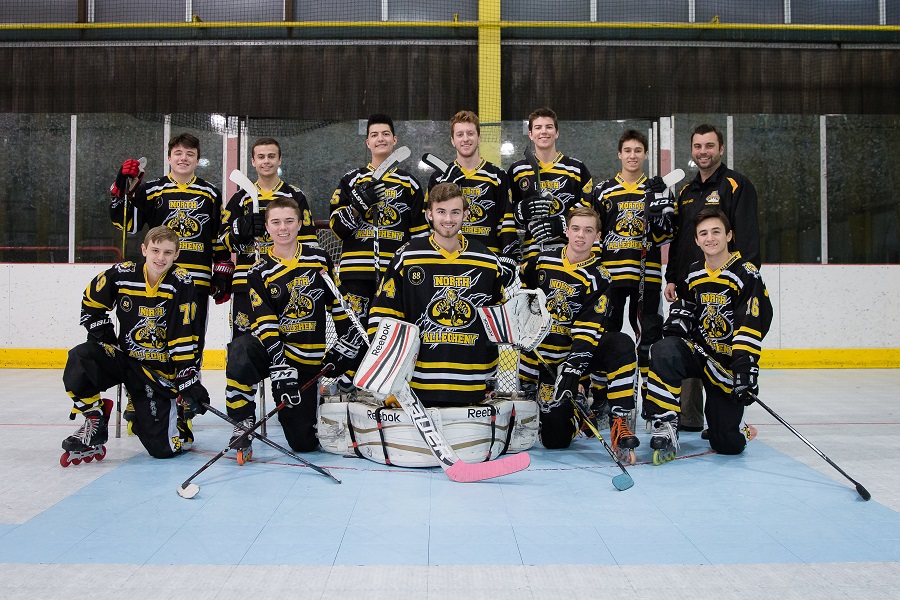 In a roller coaster Sunday afternoon affair, the North Allegheny inline team outlasted the Seneca Valley Raiders for a 7-6 victory. Senior Justin Symons scored four goals, including the game winner at 14:25 mark of the third period, to propel the Tigers to victory. Junior Tyler Putnam added a hat trick and two assists for a five-point day.

Symons and Putnam scored the first two goals of the game to give NA a 2-0 first period lead. However, Seneca Valley answered with three straight markers to take a 3-2 advantage 2:59 into the second period.

The seesaw nature of the game continued as North Allegheny netted four consecutive goals, two by Putnam and two by Symons, for a 6-3 lead after two periods.

Seneca Valley tallied three straight goals in the third period to even the score at 6-6 at the 9:08 mark. That set the stage for Symons heroics in the waning minutes of the game.