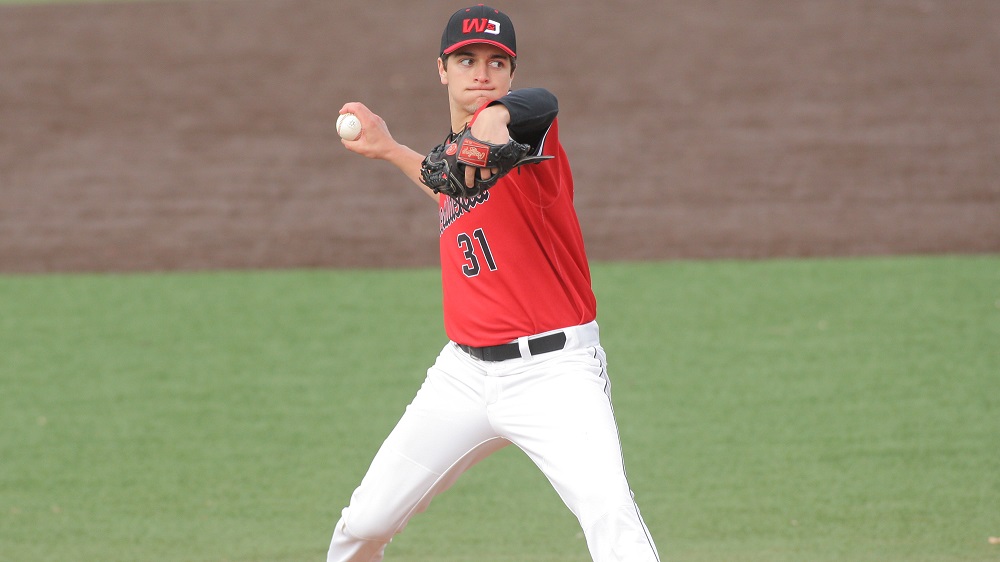 Marsico is currently 10-1 (11 starts), which includes a pair of combined shutouts, with a 3.36 earned-run average (ERA). His 10 victories this season lead the league and are tied for fourth in Division III. Marsico’s 10 wins also rank third among W&J’s single season leaders.

He has also totaled 50 strikeouts to just eight walks in 69.2 innings pitched. In seven PAC regular season starts (8 appearances), Marsico went 8-0 with a pair of complete games while posting a 2.68 ERA. Marsico is W&J’s third-straight PAC Pitcher of the Year selection and eighth award winner since 2009.

Woods’ father, Mark, is also an assistant coach and third base coach for the Bison. Mark Woods spent 30-years as a coach at North Allegheny and was the 2018 recipient of the Joe Drazenovich Award for Legendary Service from the North Allegheny Hall of Fame.

For Westminster, Pullen led the Titans pitching staff with a 4-4 record and 4.50 ERA in 10 starts. Pullen also posted team highs in innings pitched (56) and strikeouts (53). He also ranked fourth in the PAC in strikeouts.

Pullen’s final start of his career was one of his finest of the 2019 season, tossing eight innings in a 5-4 win over Chatham. He surrendered only one earned run and struck out six on May 4 against the Cougars.