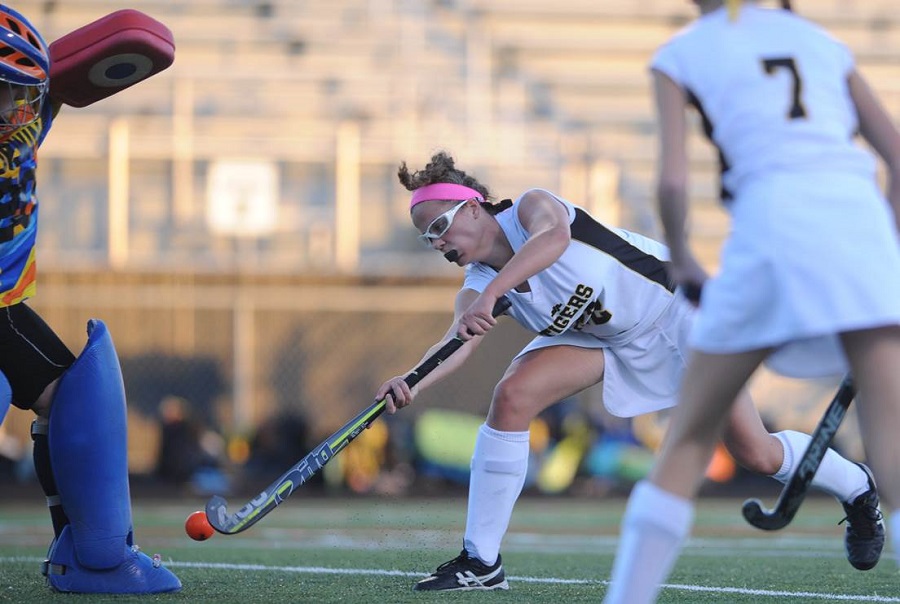 Cameron moved from forward to midfield this year and anchored the Tigers with her strong two-way play.  Cameron led the team in assists, and her long drives up the field and rocket shots on penalty corners led to many of NA’s scoring chances this season.  She was just as effective on defense, often drawing the opponent’s toughest midfielder and shutting her down.

Coran led the Tigers in scoring this season with 13 goals.  Her offensive exploits included a stellar four goal game against Norwin.  Despite missing several games due to injury, Coran could not be denied in the circle, as her long reach and gritty play caused nightmares for opposing goalies.

Shideler was strong in goal all year for the Tigers and sured up the back line with her acrobatic saves.  One half of NA’s two goalie system, Shideler earned the start against Fox Chapel in the WPIAL semifinals and pitched a shutout in her half of play. She also led the Tigers in saves for the third year in a row.

Cameron, Coran, and Shideler were also three-year letter winners for the Tigers and will be missed. But the future looks bright, as NA has a number of strong contributors returning for 2017.