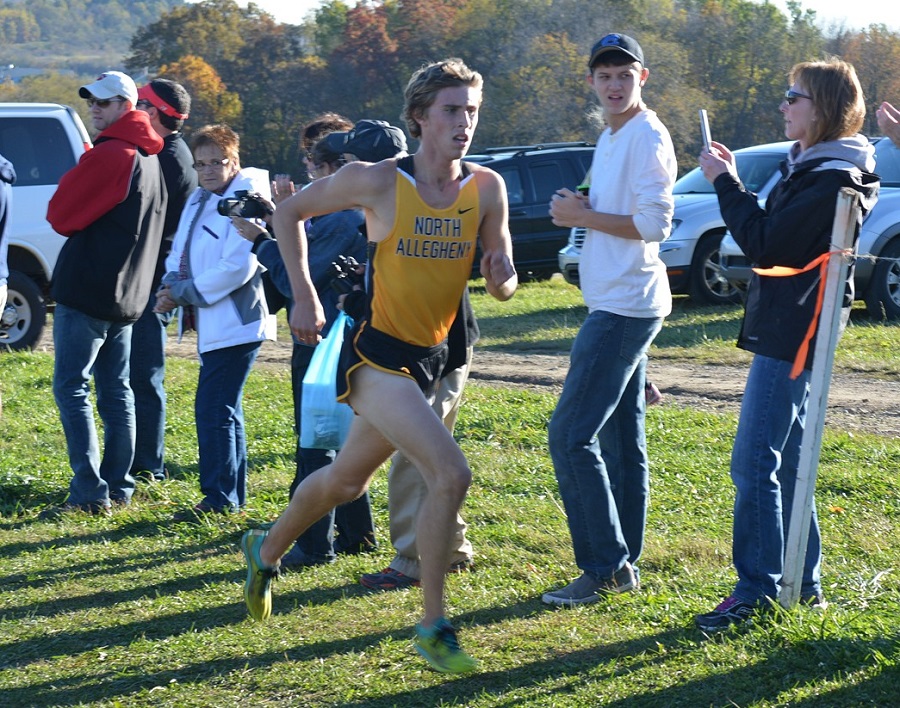 The 2014 All State Cross Country Team was selected by a committee of the PTFCA on Thursday and several North Allegheny Tigers were recognized on this year’s team. For the Lady Tigers, junior Madeleine Davison received First Team recognition.  Davison recently earned a silver medal at the PIAA championships last weekend, second only behind the Girls Cross Country Athlete of the Year, Brianna Schwartz from Shaler.

The NA Boys had two representatives on the First Team, seniors Matt McGoey and Hunter Wharrey. McGoey, the WPIAL individual champion, claimed a bronze medal at PIAA competition while Wharrey finished second behind only McGoey at WPIALs and took fifth place at states. The two were key cogs in NA’s PIAA championship and 10th straight WPIAL title.

Helping guide all of these talented North Allegheny athletes to success was Tigers head coach John Neff who was named the Boys Cross Country Coach of the Year. If you like to see a complete list if the All State Team, click here.

Congratulations to all of our NA Tigers Cross Country members and award winners!