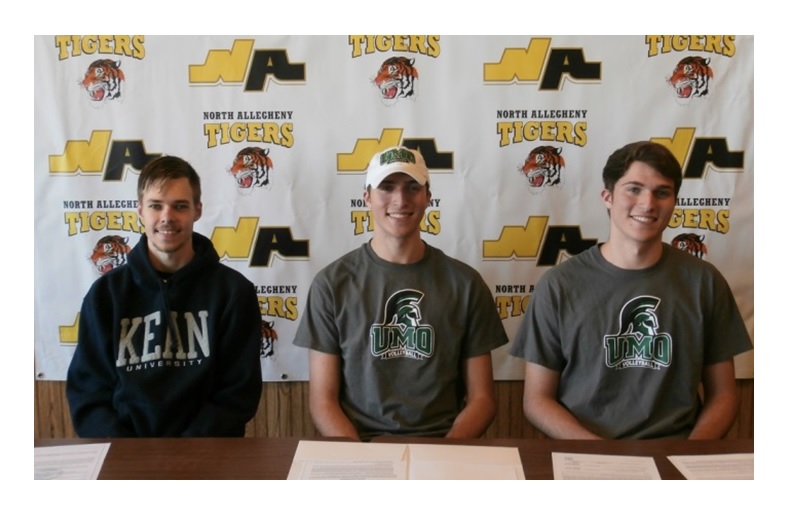 Three North Allegheny boys volleyball players have signed on to play collegiately next season. Senior Seth Russell has committed to play at Kean University and twin brothers Eric and Luke Visgitis signed their letters of intent to play together at the University of Mount Olive.

Russell, a two-year starter, is a key contributor to the volleyball team at the opposite hitter position. He ranks second on the team in service aces with 21 and is among the team leaders in blocks with 16. An effective hitter at opposite, Russell finished fifth on the team last season with 166 kills. At Kean, Russell will play outside hitter for the Division III school in New Jersey.

Both middle blockers, the Visgitis brothers are looking to clog the middle of the net for Mount Olive, a Division II school in the Conference Carolinas. Eric has compiled 52 kills, a team-high 38 blocks and a hitting percentage of .370 so far this season. Luke checks in with 61 kills, 37 blocks and a team-best hitting percentage of .490. Luke will major in Social Studies Secondary Education and Eric will major in Sports Information and Management.