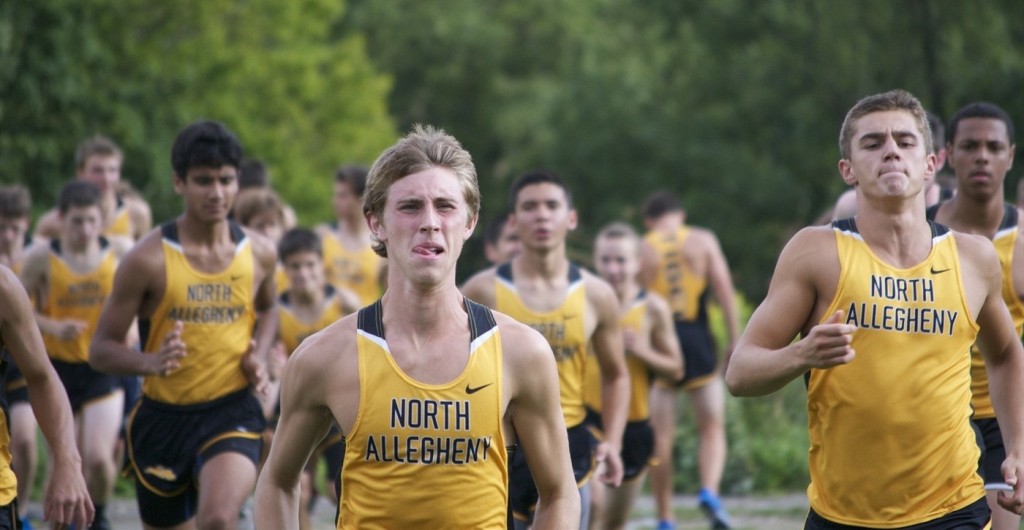 The cross country teams travelled to Hartwood Acres for the second time this season to take on section rivals, Shaler and North Hills.

In the closest dual meet of the year, the boys’ team held off a great performance by North Hills, winning by a mere point (28-29).  The Tigers dominated Shaler, taking the top five spots (15-48).  The boys were able to capture the victory thanks to a top five composed of Hunter Wharrey, Scott Seel, Peter Savchik, Marc Migliozzi, and a late surging Jacob Stupak.

The cross country teams will have a home meet (at NAI) next Tuesday in hopes of clinching the section title against rivals Seneca Valley and Butler.  Come show your support!