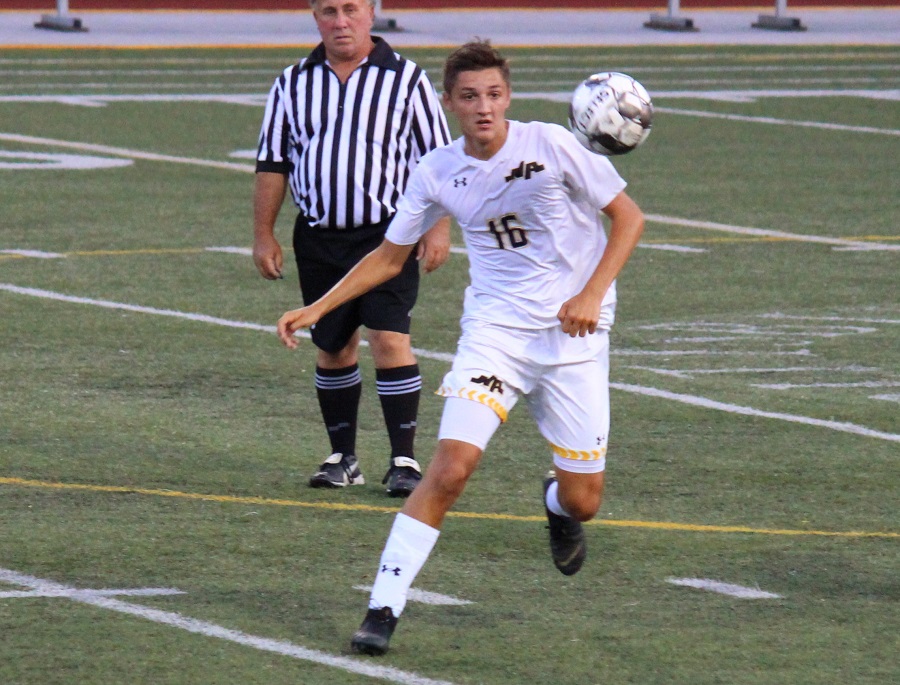 It was a playoff like atmosphere Thursday night at Fox Chapel High School as both the Tigers and Foxes were lobbying for playoff positioning in Section 1-AAAA. Neither was able to come out on top, however, as the two teams fought to a 3-3 draw.

The first half was all North Allegheny as they jumped out of the gate and grabbed the early lead when Will Cinker took advantage of a great cross and was able to head it in at the 26:15 mark of the first half to give the Tigers an early 1-0 lead. The goal was Cinker’s sixth of the season. After handling a barrage of Fox Chapel chances, North Allegheny got a free kick from 60 yards out. Sam Passodelis took the free kick and got a little help from the elements when the ball bounced over Fox Chapel keeper Clayton Humbert’s head and into the net giving the Tigers a 2-0 lead with 4:01 to go in the half, a lead they would have at halftime. The defense, along with keeper Mikkel Hindsbo, were huge in the first half containing a Fox Chapel offense that averaged four goals a game.

Fox Chapel drew first blood halfway through the second half when they got a goal from Anthony Shin in similar fashion to Passadelis’ goal in the first half making the game 2-1, Tigers, with 20:52 left in the game. Seven minutes later though, the Tigers responded when a cross to the back post found Jack Walsh‘s head and put North Allegheny back up by two, leading 3-1. Two late goals by Fox Chapel’s Eli Yofan and Thomas Tsai in the final five minutes of the contest tied the game 3-3 and sent the game into overtime.

Great defensive play in the overtime period limited each teams chances. There was only one shot on goal by Fox Chapel which was saved by Jonathan Partridge, who had checked into the game late in the second half, and the game ended in a 3-3 draw.

Passodelis was named the Wright Automotive Player of the Game.

The tie brings North Allegheny’s record to 8-5-1 overall and 6-5-1 in the section. The Tigers will be back in action Saturday at Bethel Park. That game will kick off at 1:30 pm.