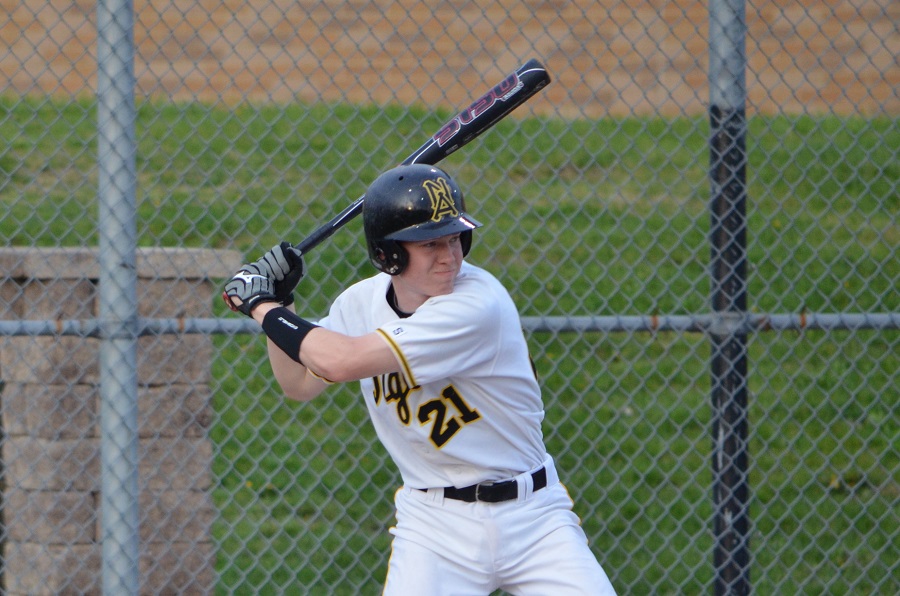 Tigers Walk Away With Lopsided Section Victory Over Rams

After Woods blanked the Rams in the top of the first inning, North Allegheny jumped in front in the bottom of the frame. Junior left fielder Keegan Phillips led off with a single and eventually came around to score when senior Ryan Hamm grounded into a 4-6-3 double play.

Neither team managed a baserunner in either the second or third innings before North Allegheny broke the game open with five runs in the fourth and put it away with four in the fifth.

On the mound, Woods improved to 3-0 by tossing five innings of two-hit ball and striking out one. The right-hander allowed only four base runners—two on errors—and at one point retired nine-straight Rams. For his efforts, Woods earned the honor of Wright Automotive Player of the Game.

With the win, North Allegheny improves to 6-3 overall and 2-0 in section play. Pine-Richland drops to 5-4 overall and 0-2 in Section 1-AAAA. The Tigers return to action Tuesday when they host Butler. First pitch in that section contest is slated for 7 p.m.