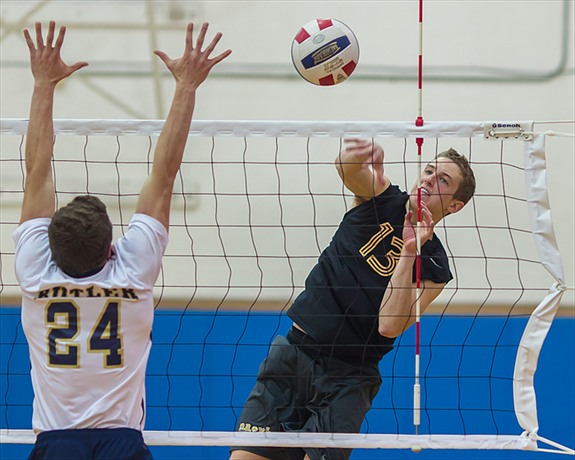 Earlier in the season the Butler Golden Tornado gave North Allegheny a scare in a five-set thriller. In the rematch on Tuesday night at Butler, the reigning PIAA champions flexed their muscle with 3-0 sweep of their section foe. The Tigers disposed of the Golden Tornado by set scores of 25-11, 25-16 and 25-17.

North Allegheny vaults to 11-0 overall and 9-0 in Section 2-AAA, while Butler falls to 9-3 overall and 7-3 in section play.  The Tigers can clinch a section crown on Thursday night against a tough Fox Chapel squad.  The match will be broadcast live via the internet on the North Allegheny Sports Network.