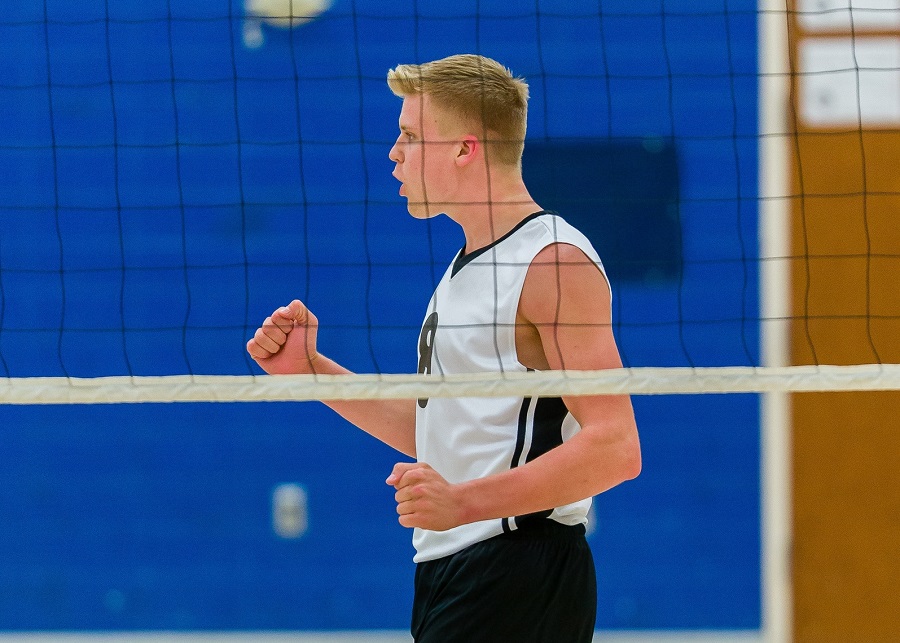 The North Allegheny boys’ volleyball team picked up another impressive early-season victory on Tuesday night with a 3-1 triumph over the Butler Golden Tornado. The Tigers bounced Butler by set scores of 25-19, 25-19, 16-25 and 25-13.

A steady hand throughout the night was junior setter M.J. Barton who totaled a team-high 31 assists and nine digs. Barton’s passes provided the heavy-hitting Canyon Tuman the opportunity to blister Butler with a team-best 15 kills. Tuman manhandled the Golden Tornado the entire evening and was named the Wright Automotive Player of the Match.

After the Tigers won the first two sets by identical 25-19 scores, Butler battled back behind the big swings of Nash Bryan for a 25-16 win in set three. Bryan notched 12 kills in the contest .

Despite the brief Butler success, North Allegheny breezed past the Golden Tornado in the fourth set, 25-13, to finish off a 3-1 match victory. Tuman posted five kills in the final set to lead the charge for NA. Eric Visgitis had a team-leading six block assists.

North Allegheny improves to 3-0 overall and in Section 2-AAA. Butler dips to 1-1 in section play. The Tigers will have the week off before returning on Tuesday, April 12 at Pine-Richland.