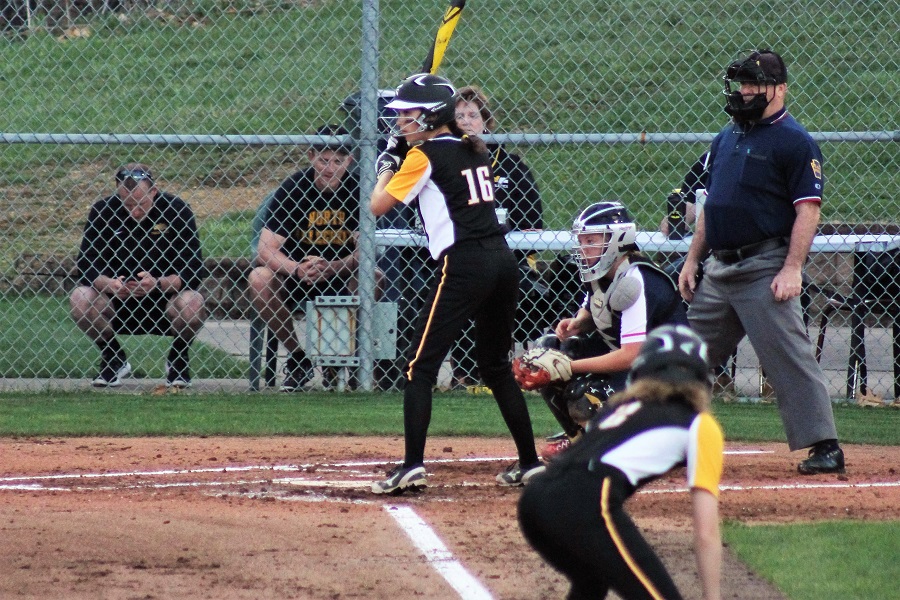 North Allegheny pounded out 10 runs on 16 hits in six innings against the Butler Golden Tornado for a 10-0 victory on Thursday afternoon in Section 3-AAAAAA action. Light rain fell in the early innings at NASH but neither the precipitation nor the Butler pitching staff could douse the incendiary North Allegheny bats. The win was North Allegheny’s 21st in a row against Butler in the head-to-head series.

Every player in the Tigers starting lineup reached base and 7 of the 9 either scored a run or collected an RBI. Front and center in the NA hit parade was senior Maddy DeRubbo who posted a 4 for 4 day with an RBI and three runs scored. For her efforts, DeRubbo was selected as the Wright Automotive Player of the Game.

Sophomore Rachel Martindale posted two hits, including a triple, and totaled three RBI’s and two runs scored. Junior Anna Pilotta was 2 for 4 with a triple and two runs scored. Sophomore Regan Brodine and freshman Sophia Dollard also had two-hit days. Brodine, Bri McDonough, Dana Manz and Ashley Adams all added RBI’s in the win. Adams was the starting pitcher for the Tigers on the afternoon and went the distance with six innings, scattering nine hits for the shutout.

With the win, North Allegheny improves to 9-4-1 overall and 5-3 in Section 3. Butler remains winless on the season with a mark of 0-12 overall and 0-8 in the section. The Tigers will host first-place Seneca Valley on Tuesday at 6:00 p.m. The game will be broadcast live via the internet on the North Allegheny Sports Network.