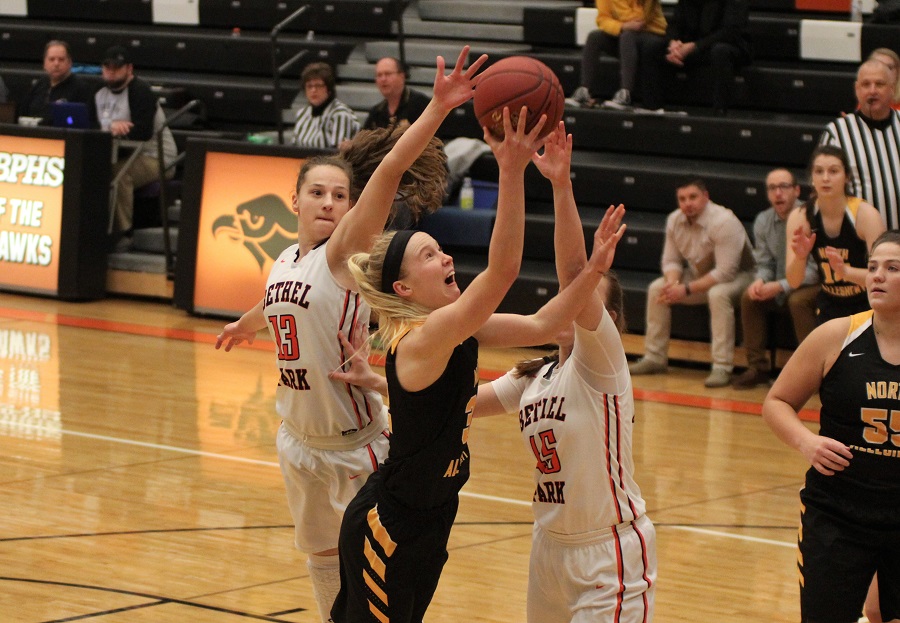 In a battle between two top five teams in the WPIAL Class 6A rankings, the North Allegheny Tigers topped the Bethel Park Black Hawks on the road by a 57-43 decision. The contest was a rematch of last year’s WPIAL Class 6A title game at the Peterson Events Center and the final result was similar with the NA Tigers again coming out on top. It was the final game of an all-day classic at Bethel Park to support the Joey Fabus Foundation.

In the 2017 WPIAL title tilt, NA’s Rachel Martindale paced the Tigers with 23 points. On Saturday night, Martindale again was the catalyst for victory with 25 points and seven 3-pointers. Freshman Lizzy Groetsch tallied double figures as well with 12 points and was a force on the boards for the Tigers. NA built a 35-22 lead  by halftime and controlled the game in the second half.

With the win, North Allegheny remains unbeaten with a 16-0 record. Bethel Park falls to 11-5 overall. The Tigers return to section play on Monday night with a visit to Seneca Valley at 7:30 p.m.