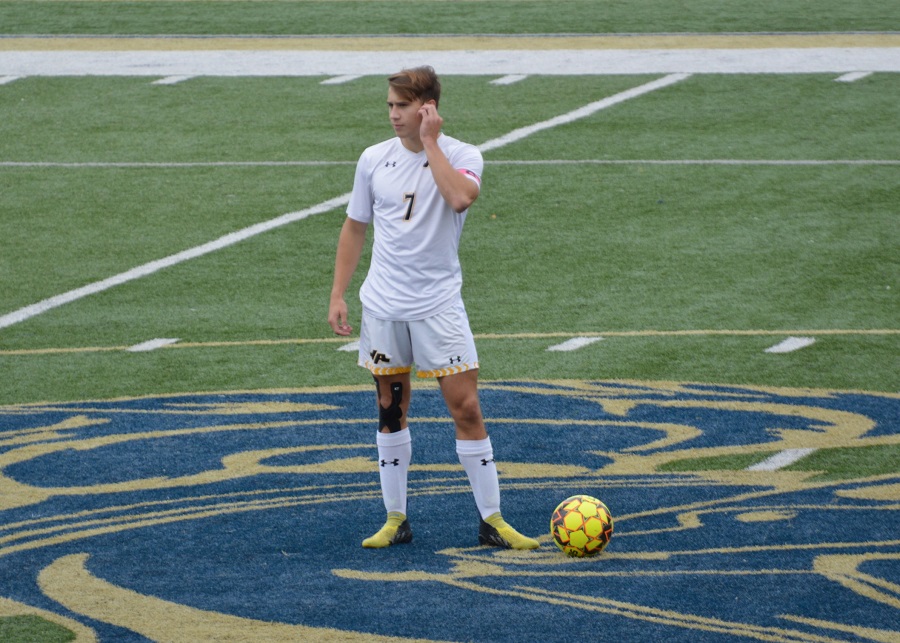 Tigers bow out in WPIAL Semifinals

by The Peters Township Indians used a big second half to take down the Tigers in the WPIAL Semifinals 4-1 on a cold Tuesday night at West Allegheny High School.

Things were back and forth early on until seven minutes in when Evan Anderson found some room in the middle of the field. Anderson put a strong shot on net but Indians keeper Nico Melograne was up to the task and the game stayed scoreless. Peters Township broke the tie a couple minutes later when Alex Grimm finished a pass off of a corner kick and the Indians led 1-0. Seven minutes after that, Ben Christian took a free kick from 25 yards out and tried to beat Melograne high but hit the crossbar and Peters Township held on to the 1-0 lead. Things calmed down for most of the half until Anderson found himself with some space in the middle of the field with seven minutes left in the half, this time finishing and making the game 1-1, which is where the game stood at halftime.

Things started strong for the Indians in the second half, getting two very good scoring chances in the first four minutes. Both were saved by Tigers keeper Dante Accomondo and the game continued tied 1-1. Andrew Massucci, Conner Hoye and Austin Marmol all scored within 13 minutes of each other and the Indians pulled away for a spot in the WPIAL Championship with a 4-1 win.

Anderson was named the Wright Automotive Player of the Game with his 28th goal on the season.

North Allegheny finishes the year 15-6. The Tigers qualified for the postseason for a 12th consecutive year and reached the WPAL semifinals for the third time in the last six seasons. Congrats to head coach Bobby Vosmaer, the entire coaching staff and players on a successful year.