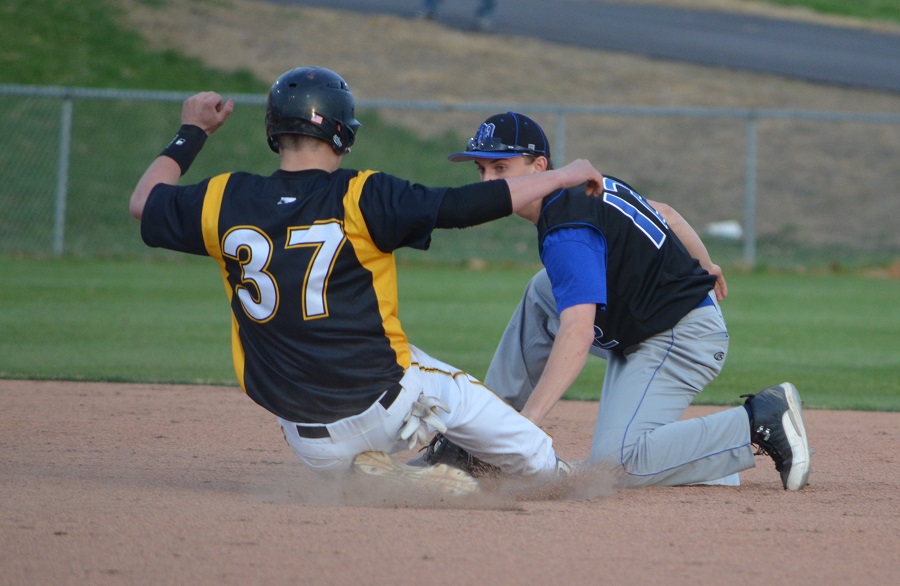 Tigers Bow Out Of Playoffs With 1-0 Loss To Norwin

The North Allegheny baseball season came to an end on Wednesday afternoon dropping a tough 1-0 decision to the Norwin Knights in WPIAL first round action.  Nick Gross and John Driggers were superb on the mound.  Gross gave up only four hits on the day, and one point, retired thirteen straight.  Driggers allowed only five hits on the day.

The Tigers had a chance in the first inning but stranded Ryan Hamm at third base and Blake Young at first.  Norwin scored all they needed getting a lead-off single from Nick Amendola and a double from Ethan Sikora to put runners on second and third.  Gross was able to get one out before a slow roller to third by Vince Shuff was the only RBI of the game.

McCauley started off the seventh with a single and stole second with one out.  Joe Fitzgerald looked like he might have won it for the Tigers by hitting a long fly to left field but with the wind blowing in it fell about 15 feet short for the second out. Neil Woods would ground out to end the game.

Norwin will now go on to face Mount Lebanon in the quarterfinals.  Nick Gross was named the Wright Automotive player of the game for his complete game. The Tigers finish their season with a record of 12-9.