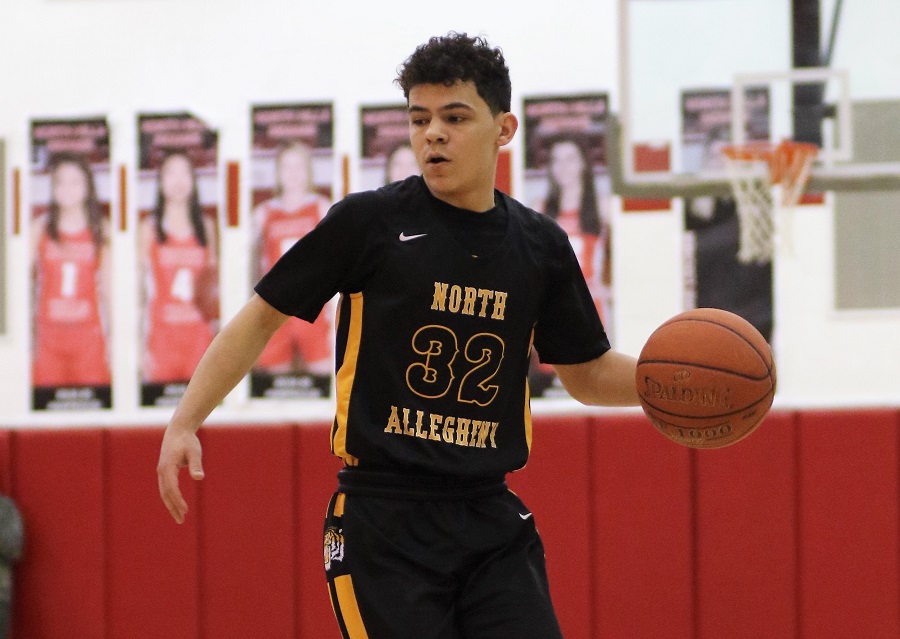 Appearing in the postseason for the second straight year, the 11th-seeded North Allegheny boys’ basketball team fell to the sixth-seeded Bethel Park Black Hawks on Tuesday night, 53-50, in the opening round of the Class 6A playoffs.

Playing against a high-flying Black Hawks team that averaged 70 points per game in the regular season, the Tigers slowed the pace with a deliberate offensive approach in the first quarter. Despite the slow tempo, Bethel Park still took a 12-6 lead after the opening stanza.

In the second quarter, the contest turned into a track meet with both teams developing a hot hand. For Bethel Park, Seton Hill commit Ryan Meis led the way with nine points in the first half to help the Black Hawks to a 26-25 lead at intermission. North Allegheny senior Zach Andreykovich helped the Tigers keep pace with 11 first-half points and three 3-pointers. Andreykovich finished with a team-high 14 points and four treys, earning Wright Automotive Player of the Game honors.

Throughout the night, Bethel Park held a commanding advantage in rebounding, especially on the offensive glass, and that contributed to a strong third quarter for the Black Hawks. Bethel Park built a 43-31 lead with 1:40 remaining in the third and senior Thomas DiRienzo tallied six points and four rebounds in the stanza. For the night, DiRienzo totaled 14 points and nine rebounds, including seven offensive boards. As a team, BP outrebounded NA, 28-16, with 13 of the offensive variety.

Despite facing a 12-point deficit, North Allegheny staged a rally and used a 10-2 run to trim the score to 45-41, Bethel Park, with five minutes remaining in the fourth period. Senior forward Khalil Dinkins contributed to the comeback bid and ended the evening with 12 points on 5 for 5 shooting from the field, while adding seven rebounds.

While the rally drew NA close, Bethel Park managed to stave off the Tigers the rest of the way and claimed a 53-50 victory. Meis paced the Black Hawks with a game-high 24 points. Bethel Park improves to 14-8 overall and advances to face Section 2 rival Mt. Lebanon in the WPIAL quarterfinals on Saturday.

For North Allegheny, senior Grant Timmerson joined Andreykovich and Dinkins in double figures with 11 points and a pair of 3-pointers in the final minute of the game.

The playoff loss concludes North Allegheny’s season with an 11-12 overall record. Congrats to head coach Keith Noftz and the entire Tigers team on a second straight trip to the playoffs and a memorable 2019-2020 season.