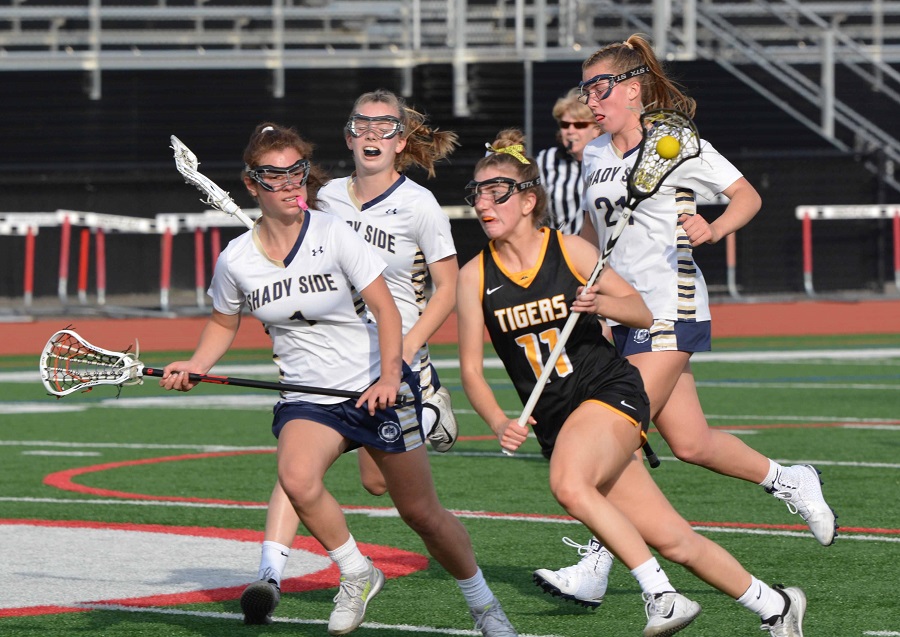 The North Allegheny’s Girls Lacrosse team had the historic 2021 campaign come to an end in the quarterfinal round of the WPIAL Playoffs Wednesday night. Third-seeded Shady Side Academy beat sixth-seeded NA 13-8 at Upper St. Clair High School.

The Tigers jumped on early opportunities and found the first goal of the game from senior Lola Wilhite with 22:35 left in the half. Shady Side answered quickly with a goal less than 10 seconds later from junior Molly Walsh. Senior Skye DePrado found the back of the net with less than 20 minutes left in the frame to give the Tigers the lead, but the Bulldogs clamored back, firing off four goals in a row to take 5-2 lead with 13 minutes left in the first. DePrado scored on a free position to tighten the score, but Shady Side scored three more quick goals to extend the lead to 8-3 before halftime. Senior Makenna Tuman sniped a free position in the waning seconds of the frame, and the score was 8-4 at half.

North Allegheny amounted a comeback early in the second with goals from DePrado, senior Alyssa Redshaw and Wilhite to make it 8-7 with 16 minutes remaining in the game.  Five straight goals from the Bulldogs put the contest out of reach before Junior Bella Falo scored her 40th of the season to make the score 13-8 with 0:16 seconds to go.

Walsh led all scorers with five goals, while junior Jenny Woodings notched a four-goal performance for Shady Side.

DePrado earned Wright Automotive Player of the Game honors with her hat trick performance. DePrado finishes the season with 95 goals and a total of 182 goals in three seasons with the Tigers.

Freshman goalkeeper Izzy Trunzo was also a bright spot for NA, keeping the game within reach with seven critical saves throughout the contest.

With the loss, North Allegheny finishes the season with a 15-4 overall record, the most wins in a single year in program history.

Congratulations to the 2021 senior class who elevated this program to new levels during the remarkable season!