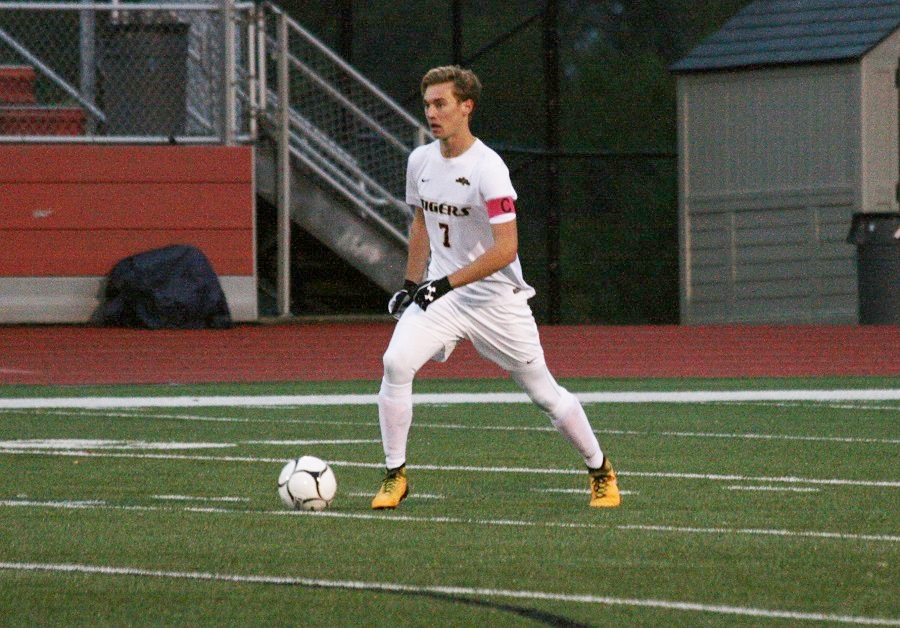 Tigers Bow Out To Indians In PIAA Quarterfinals

The first 20 minutes were pretty much between the 30s with both teams feeling each other out. With 14:55 left in the first half North Allegheny got a corner kick and it looked like the momentum was shifting in their favor but they didn’t execute on the corner. The Indians were able to counter and Logan Brinsky found the back of the net and Peters Township led, 1-0.

North Allegheny once again got the momentum back, getting a couple scoring chances with none better than when Josh Luchini came down the left side and put a ball through the box that was deflected by Peters goalkeeper Derek Deyarmin.  The carom off of Deyarmin came right onto Cam Yurick’s foot but he was not able to get a good shot off and the Tigers still weren’t on the board.

Peters Township had another rush with about 2:30 left in the first half when Bryce Gabelhart put a shot on net but Tigers keeper Grant Glorioso was able to make the diving save and keep the game at 1-0.

The beginning of the second half was all Peters Township and with 22:41 they were able to break through when a shot saved by Glorioso came onto right to the foot of Matthew Stuck who buried the shot to give Peters a 2-0 lead.

The dagger came 1:22 later when Peters Township got another rush and Gabelhart was able to finish it off with 21:22 left in the game for a 3-0 lead.

North Allegheny continued to fight throughout and dominated the last 20 minutes of the game and broke through with two minutes remaining when Sean Atwater took a free kick from about 40 yards out and his free kick found Luchini’s head for his 36th goal of the season. Ultimately, however, Peters Township held on a win 3-1.

Peters Township improves to 19-1-1 and will advance to the PIAA Semifinals where they will play the winner of Council Rock and Hempfield (District 3) on Tuesday at a site and time to be announced. North Allegheny finishes with a 20-3-1 record and a WPIAL Championship for the second year in a row. The Tiger seniors finish with a record of 60-15-11, a section title, four WPIAL postseason appearances, two WPIAL Championships, two PIAA appearances, one to the quarterfinals and one to the semifinals.