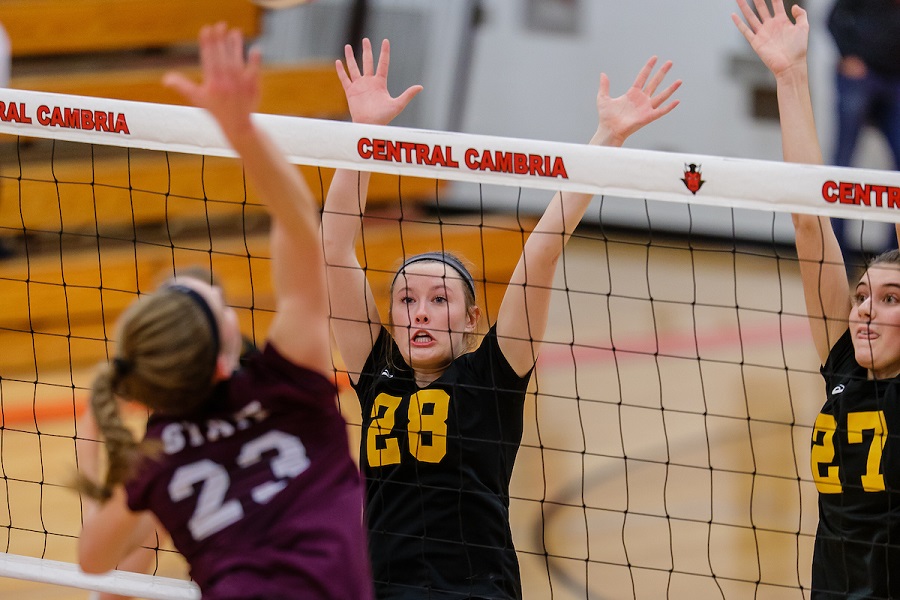 Wasting little time in the first set, NA stormed out to a 9-0 lead behind the swings of Mia Tuman. The freshman outside hitter posted eight kills in the opening set and finished with 10 on the night. For her efforts, Tuman was named the Wright Automotive Player of the Game.

Thanks in part to the play of Tuman, the Tigers rolled to a 25-13 win in set one. In set two, senior Madison Curran shined with three kills and three blocks en route to a 25-12 win. Curran notched a team-best 11 kills.

While the first two sets decidedly belonging to North Allegheny, the youthful Golden Tornado played their best set of the evening in set three. Freshman Ava Carney tallied four kills and a block to help Butler take a 16-11 lead. However, North Allegheny rattled off seven straight points to take an 18-16 advantage. With momentum in their corner, the Tigers finished off the set with a 25-18 triumph. Junior Paige Morningstar delivered a pair of aces in the final set and totaled six kills.

With the win, North Allegheny jumps to 5-0 overall and 3-0 in Section 1-AAAA. Butler dips to 0-4 in section play. The Tigers will host Baldwin on Monday night in a rematch of last year’s WPIAL championship.