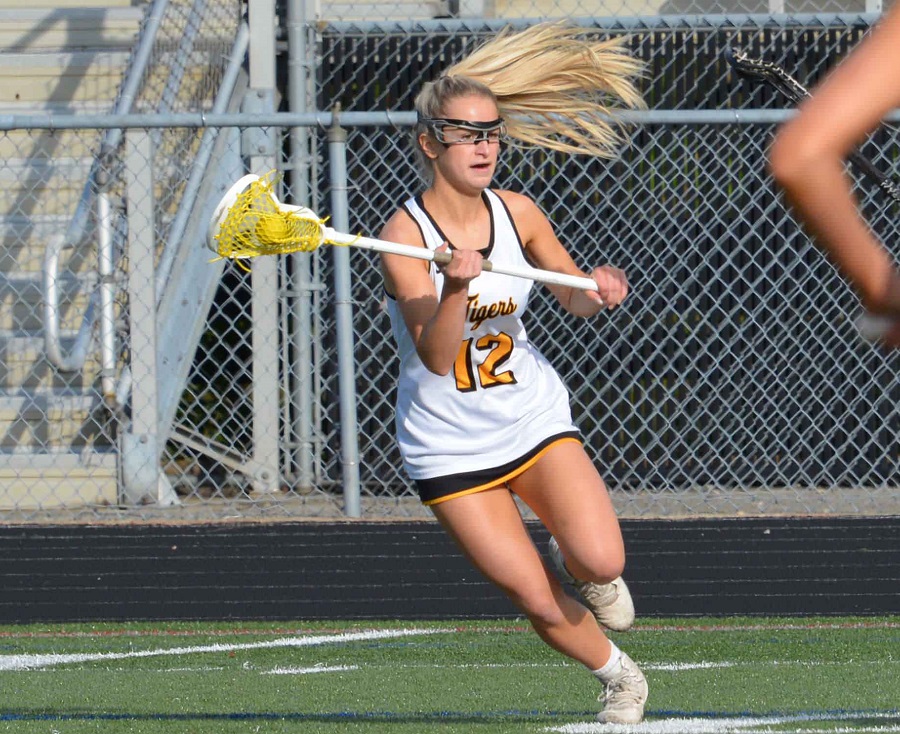 North Allegheny feted its eight seniors in style at Newman Stadium by scoring the first eight goals in a 16-4 non-section victory over Hempfield.

Lola Wilhite netted a hat trick, Skye DePrado, and Katie Oates each scored twice, and Bela Falo added a goal and two assists in the first 10:15 of the half to put the Tigers in front 8-0. Falo would add her second and Laurel Donley would notch her fifth goal of the season and North Allegheny led 10-2 at intermission.

Alyssa Redshaw started the second half with a goal and DePrado would strike twice more before the Tigers provided some additional excitement with senior Marissa Hess. The senior defender came into the match as the only regular position player without a goal for the Tigers on the season, but that changed with 9:00 remaining when she found the net after having several excellent chances throughout the night. Hess would also add an assist on DePrado’s fifth goal, the final tally of the match.

DePrado now has 80 goals on the season. Wilhite finished with four goals and an assist and now has 56 markers on the year. Redshaw added an assist to go with her goal while Makenna Tuman, Amelia Henderson, and Mila Prusak each had one assist. For Hempfield, speedy junior attack Amara Forsythe scored all four goals for the Spartans while senior goalkeeper Abigail Brown made 12 saves in a losing effort.

The Wright Automotive Player of the Match honors became Players of the Match, as it was awarded to honor the eight seniors: Chloe Winkworth, Katie Oates, Hess, Wilhite, DePrado, Redshaw, Kristen Kinzler and Tuman.

The Tigers have now won three straight matches and have non-conference tilts remaining with Plum and Peters Township before making their sixth ever playoff appearance, which are scheduled to begin next Monday.