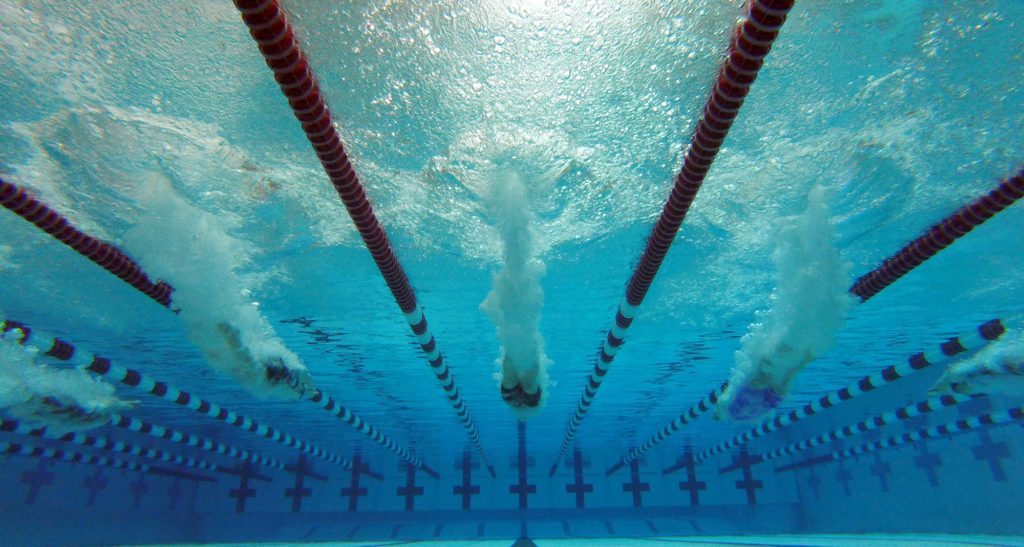 TIGERS CELEBRATE SENIOR NIGHT WITH A SWEEP OVER MARS

Two days after a hard-fought section meet against Seneca Valley, North Allegheny returned to the pool to face a shorthanded Mars squad on Senior Night in Wexford. The Tigers feted their 14 seniors in grand fashion by sweeping the Fightin’ Planets in a (3A) Section 2 matchup. The girls were victorious by a score of 91-68 and the boys bounced back after suffering their first defeat in 14 years with an 81-53 win.

Mars junior Kellen Fletcher was the only diver to participate for the Fightin’ Planets while the Tigers sent out five seniors among their seven divers. As has been customary, sophomore Will Schenk paced the boy’s divers finishing first with a score of 255.60. Lucas Rodgers finished with 200 points and steadily improving freshman Alex Palermo posted a score of 167.25. On the girl’s boards, Maya Ennis was the only diver to break 200 points and the Yale bound senior did it in grand fashion. Ennis posted a score of 295.55, which was her personal best and was just 7.8 points of the pool and school record of 303.35 set by Christina Shi in December.

Everyone involved with Senior Night at North Allegheny did a tremendous job in celebrating the 14 seniors for the Tigers. On the girls’ side, Jordan Atkins, Lily Courville, Maya Ennis, Quinn Frost, Olivia Kisow, Haley Miller, Jordan Richards, Olivia Schenk, and Molly Smyers were celebrated. On the boys’ side, Tim Compton, Jacob McCarran, Lucas Rodgers, Tyler Tieppo and Matt Turzai were honored.

Congratulations on Senior Night were also awarded to some of the 12th graders as they earned honors as the Wright Automotive Players of the Meet. Ennis, with her personal best score was the diver of the meet. While Compton, McCarran, Tieppo, Turzai were chosen from the boys for their relay wins. The relay winners from the girls, Frost, Kisow, Smyers, Miller and Courville, also earned the honors.

North Allegheny travels to Upper St. Clair for a non-section meet on Saturday before wrapping up section action next Wednesday when they host North Hills.