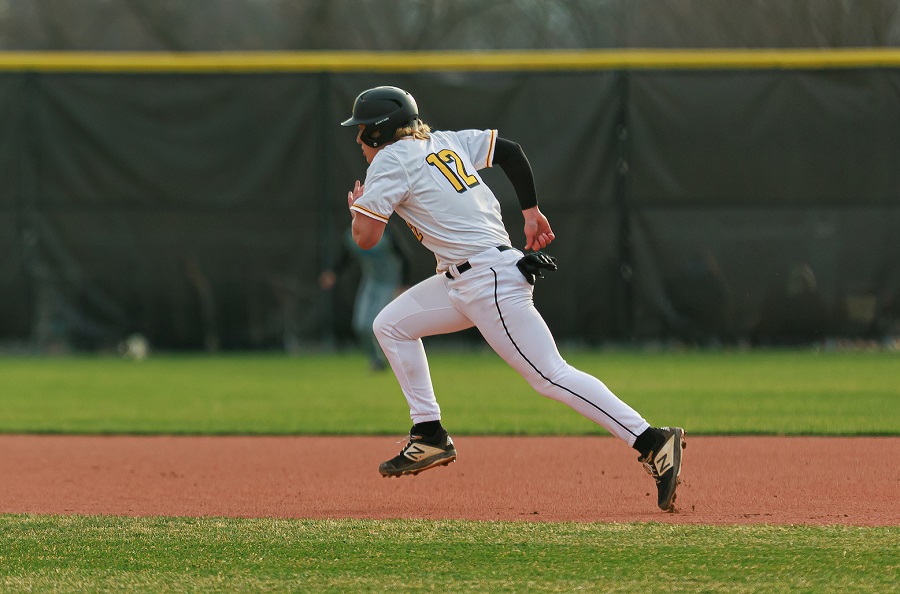 North Allegheny and Pine-Richland will each carry a share of the Section 1 Title into the postseason after an 8-4 Tiger victory at home Wednesday night.

The Tigers took the early advantage, scoring three runs in the first inning. Senior Aaron Posey crushed a triple to the right-center gap scoring senior Erik Sundgren and junior Andrew Hart, who reached base on a pair of singles.

The Rams responded in the third inning after Jacob McGuire reached the base pads with a double. Owen Henne drove in the first run for PR on an RBI single.

NA posted four more runs in the fourth inning to comfortably put the Tigers in the driver’s seat. Junior Ian Zahorchak reached base on an error, followed by an RBI double from sophomore David Posey. Junior Harron Lee scored Posey in the next at bat with an RBI single. Then Sundgren hit a two-run homer over the left center wall to extend the NA lead to 7-1.

The Rams added two more runs in the fifth to keep pace in the contest, but the Tigers answered in the bottom of the inning when back-to-back doubles from junior Spencer Barnett and senior Aaron Galaska made the score 8-3.

Pine-Richland added an additional run in the seventh, but relief pitcher Spencer Barnett earned the first save for North Allegheny this season to close out the contest. Barnett pitched three innings, giving up just one hit and an unearned run with two walks and four strikeouts. Starting pitcher Andrew Hart tossed four innings, giving up three hits, runs and walks and recording two strikeouts.

Barnett earned Wright Automotive Player of the Game honors for his multidimensional performance.

The Tigers improve their record to 10-5 overall (7-3 in section play.) NA takes on two teams tomorrow, first hosting Mars at 3:30 p.m. The second game features a matchup against Shaler at 7:00 p.m.