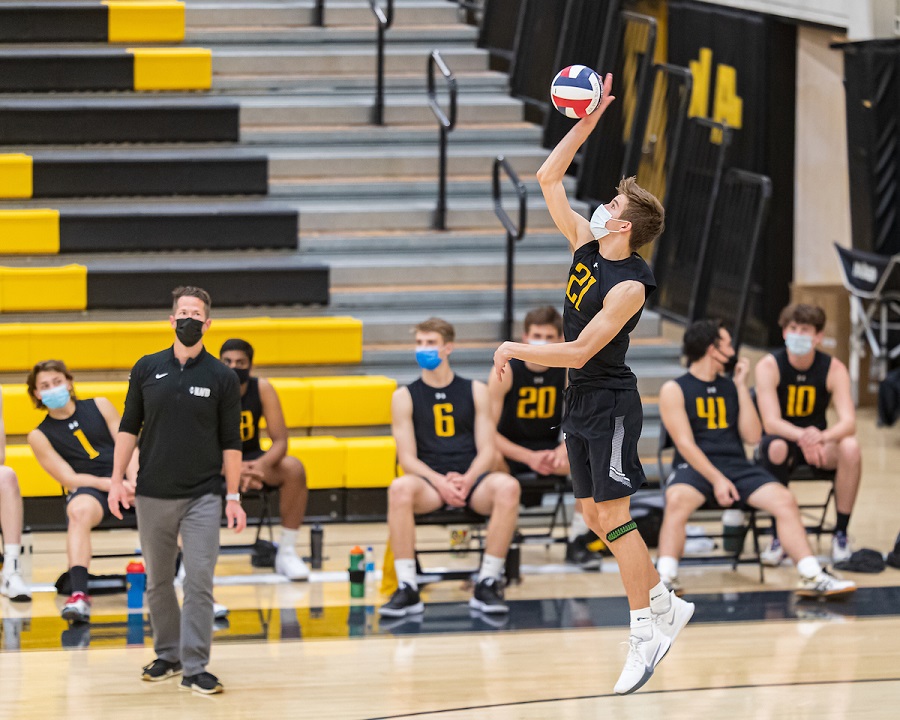 Tigers Cruise To Sweep Of Foxes For 50th Straight Win

The powerful swings of seniors Michael Mosbacher, Garret Hrvoich and Gavin Owens propelled the Tigers to an easy 25-8 win in set one. The trio of Tigers notched three kills each in a dominant effort. For the night, Mosbacher and Owens each tallied seven kills to pace the NA attack.

In set two, junior Cole Dorn and senior David Sanfillipo spearheaded the effort for a comfortable 25-13 victory. Sanfillipo clogged the middle with a team-best four blocks on the evening, and Dorn posted three kills and an ace in the set. Dorn finished with a team-high nine digs, seven kills and two aces on the night. For his strong performance, Dorn was named the Wright Automotive Player of the Match.

Fox Chapel gave a spirited effort in the third set and held a 12-9 lead sparked by Eli Yofan’s three kills and a block. Following a timeout by NA head coach Dan Schall, the Tigers went on a 10-2 run to grab a 19-14 lead and regain command of the set. Despite a late 5-0 run by the Foxes, NA prevailed and closed out the victory on an emphatic kill by Mosbacher to cap a 25-22 win. Dorn paced the Tigers with four kills in the set.

North Allegheny improves to 4-0 overall and in Section 2-6A. Fox Chapel falls to 3-2 overall and 3-1 in the section. The Tigers will visit Seneca Valley on Thursday at 7:00 p.m.