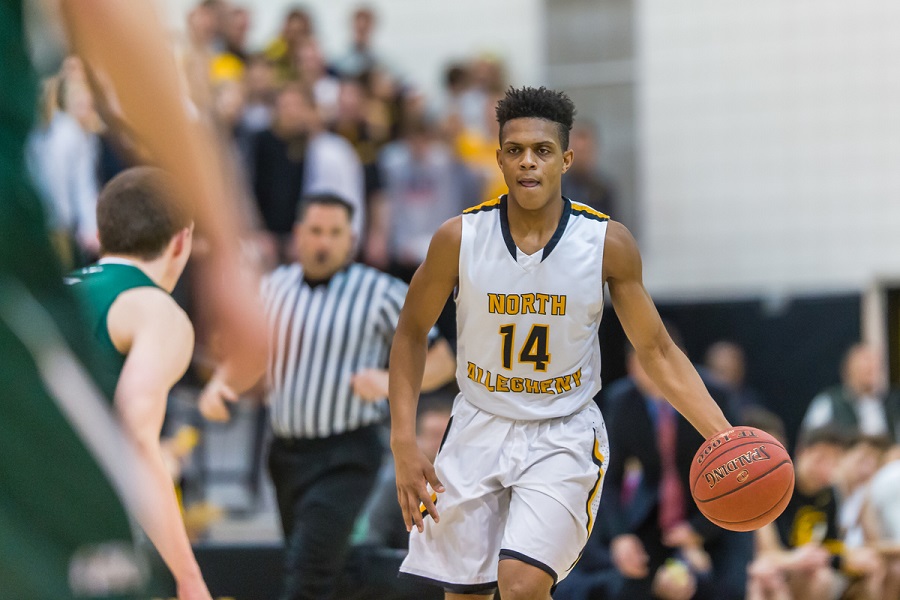 The North Allegheny boys’ hoopsters played in their final game of the season on Monday night with an impressive 90-59 victory over Blackhawk. The Tigers leaped to a 24-10 lead in the first quarter and NA never looked back in the blowout. It was a great shooting night for the Tigers, connecting on 54 percent from the field and hitting on 14 of 34 attempts from beyond the arc.

Senior Keegan Phillips had a huge night with 25 points and six rebounds. Sophomore Curtis Aiken poured in 22 points and three 3-pointers in the victory. Junior Griffin Sestili posted a double-double with 10 points and 10 rebounds. Two other Tigers finished in double digits in the rout as Luke Carter netted 18 points and Isaiah Zeise chipped in with 10.

The win concludes the 2015-16 campaign for the Tigers with an 11-10 overall record. While North Allegheny won’t be making a playoff appearance this winter, we congratulate the hard-fought effort of the Tigers and the coaching staff this season.