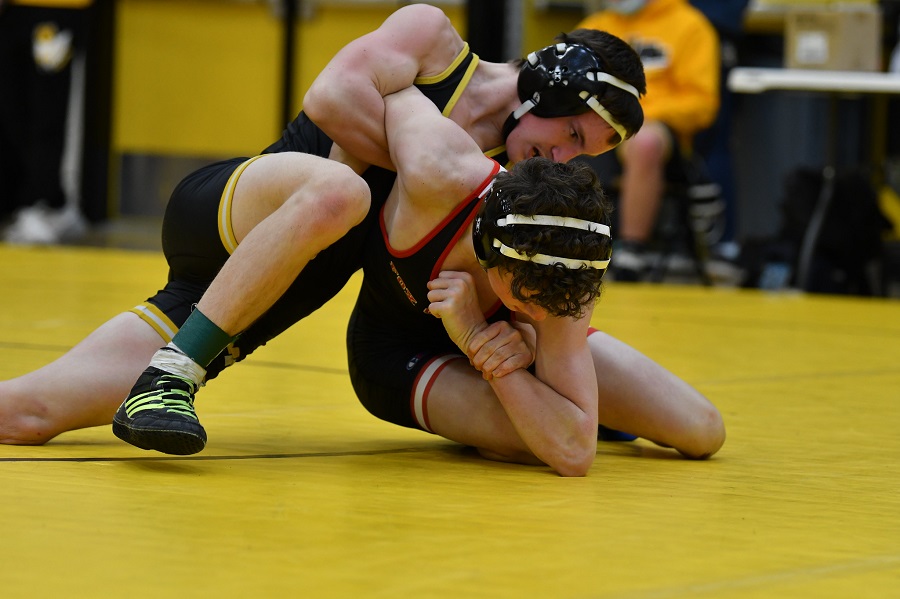 The Tigers opened the session with Central Catholic and won all 13 bouts en route to a 72-0 shutout of the Vikings. In one of the most exciting matches in the dual with the Vikings, senior Brandon Weaver earned a 7-5 decision over Steven Costa at 172 pounds. For his efforts, Weaver was named the Wright Automotive Wrestler of the Match.

It was another one-sided contest for North Allegheny against Southmoreland as the Tigers used eight pin falls to roll to a 70-0 whitewash of the Scotties. In a competitive match at 189 pounds, freshman Aiden Buggey picked up a 7-4 decision over Josh Thoma to earn Wright Automotive Wrestler of the Match honors.

In the finale of the day, North Allegheny coasted to a 60-16 win against Chartiers Valley. The Tigers wrangled the Colts with five wins fall, including one at 160 pounds by senior Collin McCorkle over Christopher Beatty at the 4:53 mark. McCorkle was selected as the Wright Automotive Wrestler of the Match for his efforts in the triumph over CV.

A full listing of all three matches are below.

Following the day’s events, North Allegheny improved to 4-0 overall. The Tigers will try to continue their winning ways on Wednesday night against Shaler, North Hills and Mars in Section 3-AAA action. It will be video streamed live by the North Allegheny Sports Network.