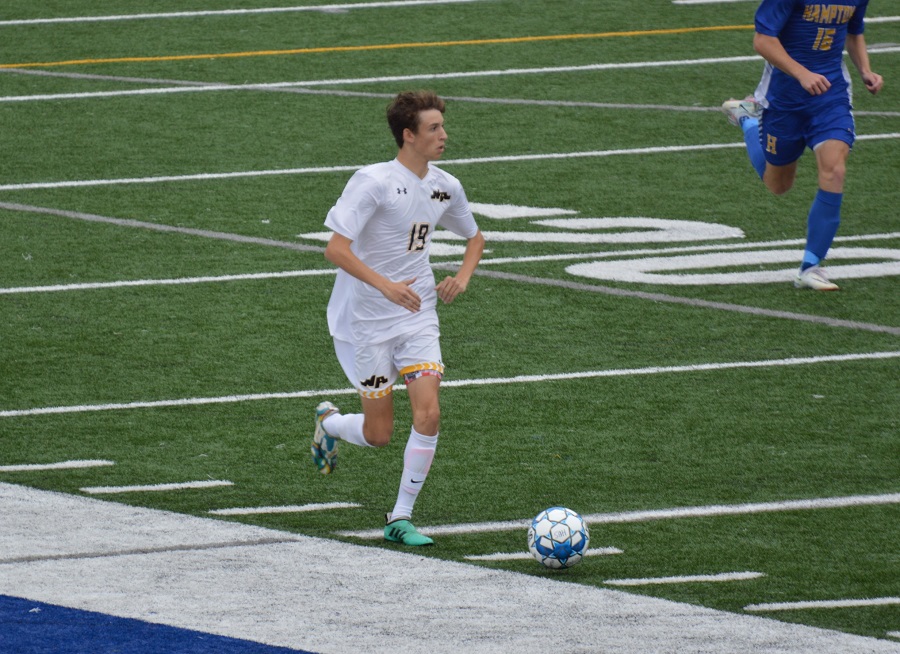 The North Allegheny boys’ soccer team won its sixth consecutive game, and eighth in the last nine tries, with a 2-1 non-conference win at Hampton on Saturday. The loss for the Talbots, one of the top teams in Class AAA, was their first of the season.

The Tigers began the contest with consistent pressure on the Talbots net. That pressure paid off with 5:15 led in the first half when Brandon Marzula sent a crossing pass from the far post to Andre Ennis for a volley finish and a 1-0 lead.

Continued possession time for North Allegheny resulted in another goal just before halftime as Ennis beat a defender from the outside and sent a pass to Connor Kaczmarek, who buried a shot just below the crossbar for a 2-0 advantage.

The pace slowed down in the second half and Hampton was able to finally crack the NA defense with a deflected goal by Zander Plizga to cut the Tigers’ lead to 2-1 at the 24:58 mark of the half. The Talbots continued their comeback bid in the remaining minutes and nearly tied the game when a shot by Luke Staggers caromed off the crossbar and bounced away, keeping NA’s one-goal lead intact.

Following Hampton’s near-miss, North Allegheny sustained possession and the defensive wall of Ryan Cooke, Tyler Vargo, Nathan Stalter and Aidan Dyga, as well as a diving save by goalie Dante Accamando in the closing seconds, secured the 2-1 victory.

North Allegheny improves to 10-3 following the non-section win, while Hampton drops its first game of the season and slips to 11-1. The Tigers will set their sights next on the reigning PIAA Class 4A champions, the Seneca Valley Raiders, for a road contest in Harmony on Monday night.