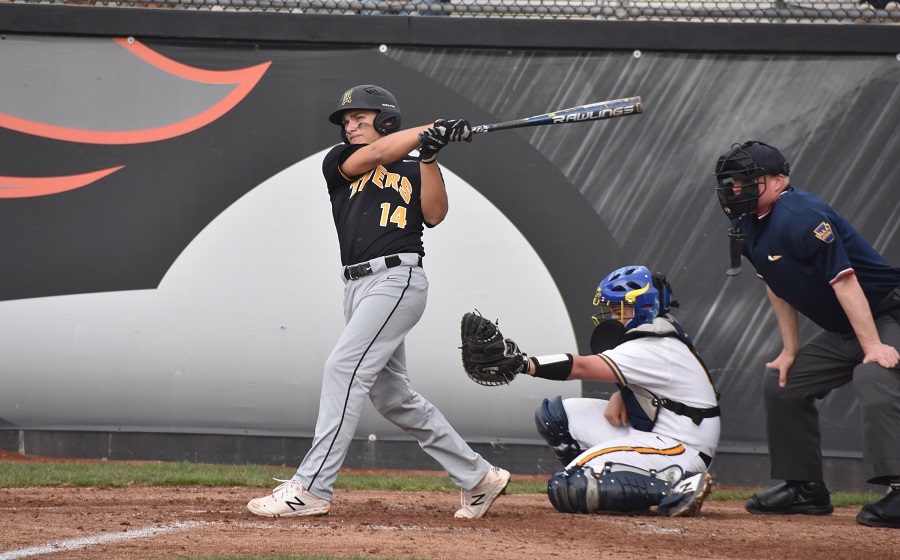 For the second time this season North Allegheny took on the No. 1-ranked team in Class 6A on the road, and for the second time in 2019 the Tigers came away victorious with a 7-5 decision at Central Catholic on Monday afternoon. Sophomore Logan Andreyko broke a 5-5 tie in the seventh inning with an RBI double that scored Anthony Hattrup to give the Tigers the lead. Andreyko, who finished 2 for 3 with two RBI and two runs scored, trotted home later in the inning on an RBI single by Jared Orwell to solidify a 7-5 win.

In the first inning, North Allegheny jumped out to a 3-0 lead thanks to a two-run single from Cole Young and an RBI single by Joey Colella.  The lead was short-lived, however, as Central Catholic answered back in the bottom of the first to tie the score at 3-3.

The score remained deadlocked until the bottom of the fifth inning when Central Catholic’s Conor Deasy singled home Will Ray to grab a 4-3 lead.

Hattrup led off the sixth inning with a single and raced home moments later on an RBI triple by Andreyko to even the score at 4-4. Andreyko crossed the pay station on a passed ball a short time later to pull NA ahead again, 5-4.

Once more, the Vikings responded in the bottom of the sixth and knotted things up at 5-5 on an RBI groundout by Joe Olsavksy.

That set the stage for Andreyko’s big hit in the top of the seventh to put North Allegheny in front for good. In the bottom of the seventh, reliever Shane Murphy induced a game-ending double play off the bat of Dom Pieto to close out a 7-5 victory for the Tigers in the Section 1-6A opener.

Murphy worked two scoreless innings to pick up the win. Olsavsky was saddled with the loss for Central Catholic, allowing two runs in two innings on the bump.

With the win, North Allegheny improves to 5-3 overall and 1-0 in the section. Central Catholic falls to 7-2 overall and 0-1 in section play. The Tigers will host Butler on Wednesday night at 7:00 p.m. The game will be broadcast live via the internet by the North Allegheny Sports Network.