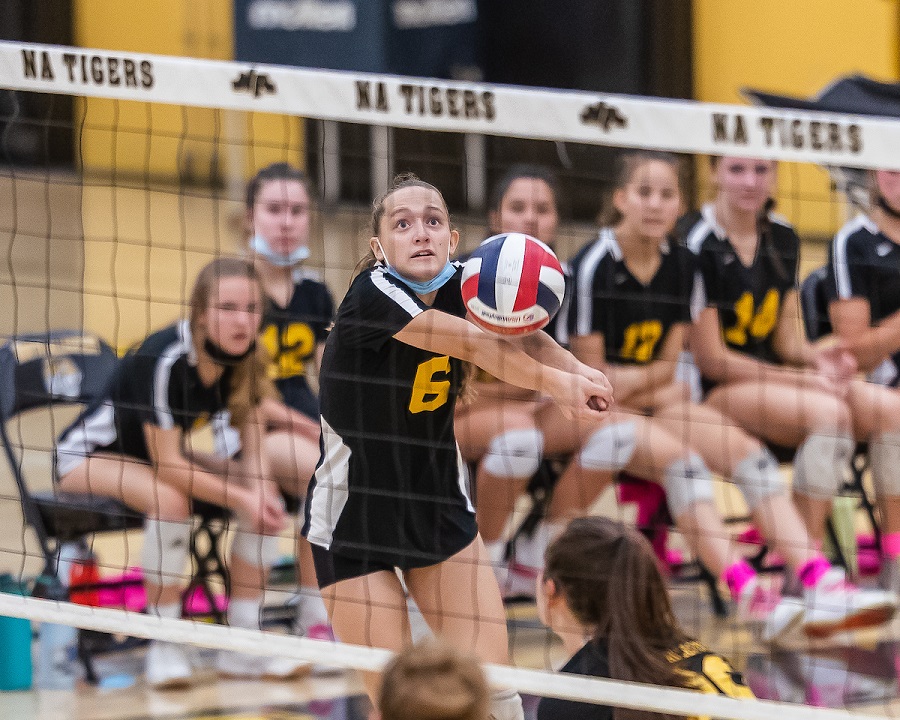 For the second time this week, the North Allegheny girls’ volleyball team rallied from a two-set deficit to earn a 3-2 victory. Thursday night’s thrilling win over Pine-Richland came by set scores of 23-25, 21-25, 25-21, 25-11 and 15-13. The triumph over the Rams in the Section 1-AAAA finale secured a co-section championship with the Shaler Titans. It’s the seventh consecutive season the Tigers have been crowned section champions.

To earn a second straight reverse sweep, the Tigers were led offensively by juniors Ella Deeter and Mia Tuman with 16 and 15 kills, respectively. Junior Carissa Treser finished with double digit kills with 10 on the night. Tuman facilitated the offense with 47 assists.

As they were on Tuesday night, senior Jadyn Perkins and junior Maddie Fickess stacked the middle of the night with six and five blocks, respectively. Defensively, junior libero Caroline Curran led with 22 digs. Tuman posted 13 digs and junior Rebecca Pilotta tallied 10 digs. Deeter paced the team with two aces, followed by Tuman and Pilotta with one ace each.

North Allegheny concludes the regular season with a 13-1 overall record and 11-1 section mark. Pine-Richland falls to 9-5 overall and 7-4 in Section 1-AAAA. Both teams await the release of the WPIAL playoff pairings on Friday afternoon.