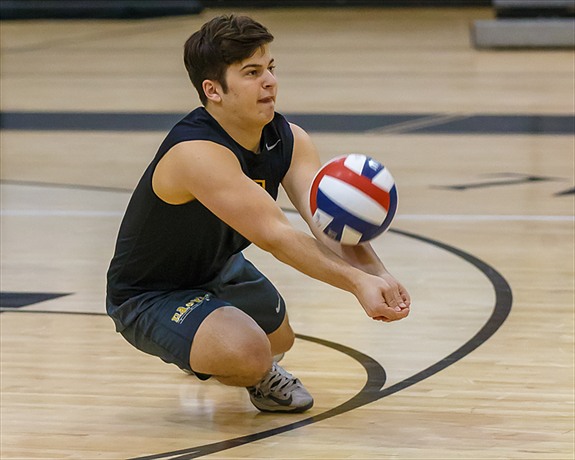 In a tough Section 2-AAA contest on the road, the North Allegheny Boys Volleyball Team outlasted the Fox Chapel Foxes, 3-1.  It was a battle of top five teams in Pennsylvania on Tuesday night. Fox Chapel was ranked fourth in the state according to the latest PVCA rankings and NA was ranked fifth. The Tigers garnered the win by set scores of 26-24, 25-27, 25-21 and 25-19.

With the win, the reigning PIAA champions are now 5-0 overall and 4-0 in section play.  Fox Chapel falls to 3-2 overall and within the section. North Allegheny will face another formidable foe on Thursday night when the seventh-ranked school in the state, Seneca Valley, visits NASH gymnasium.  The match will be broadcast live via the internet on the North Allegheny Sports Network.  Start time is set for 7:00 pm.