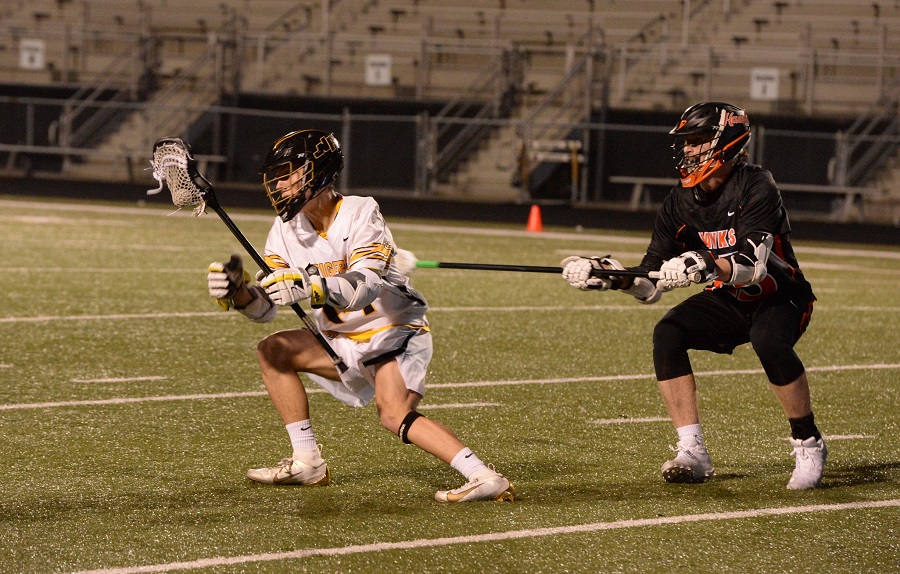 The first quarter was nearly all NA, but the scoresheet did not reflect the success in the offensive zone. The Tigers lone goal of the frame came off the stick of senior midfielder Ryan Leonard with roughly six minutes left in the quarter. The Black Hawks failed on seven clearing attempts in the first.

North Allegheny added two more goals from junior attack Isaiah Davis and senior attack Kyler Byerly to take a 3-0 lead in the second stanza. Bethel Park responded to close the gap with a pair of goals from Zach Radcliffe and Jake Wodarek. Those goals were a minute apart from each other, with Wodarek’s coming on the man-up opportunity. Leonard added his second of the game to give NA a 4-2 halftime lead.

The second half belonged to junior midfielder Nick Kairys, who netted back-to-back scores to start the third quarter. Bethel’s Ryan Ferris scored on a spinning shot to cut the lead in half after 3 frames 6-3.

In the 4th quarter junior faceoff specialist Tyler Lamark took the opening draw downfield and scored on a bounce shot to give the Tigers a 7-3 lead in just seven seconds. Davis tallied his second goal of the game with 2:30 left in the contest off of a Kairys assist. Bethel’s Radcliffe added his second score in garbage time and the Tigers emerged with the 8-4 win.

Kairys earned Wright Automotive Player of the Game honors after accruing two goals on six shots, an assist and a groundball.

Sophomore goalie Aiden Miller made five saves to secure the win over BP.

With the victory, North Allegheny improves to 5-1 overall (2-0 Section 3-AAA.) The Tigers await a match with the Kiski School at Newman Stadium on Saturday evening.