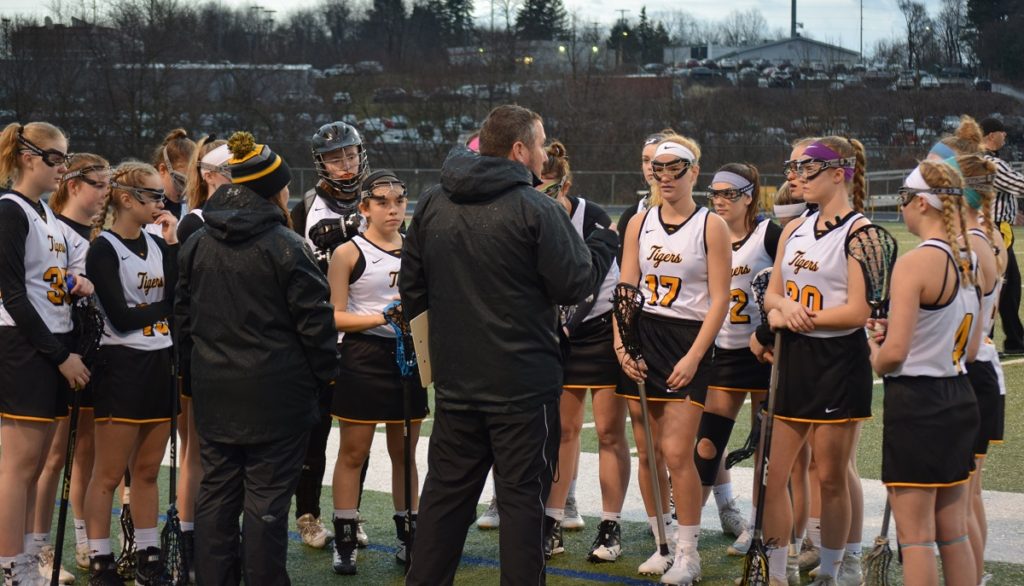 A four-goal night for freshman midfielder Katie Oates was not enough to lead North Allegheny past Seneca Valley in a 13-12 overtime loss at Newman Stadium Wednesday.

Sophomore Olivia Rupert started the scoring quickly for Seneca Valley, netting the first two goals less than two minutes into the contest. Rupert would go on to lead all scorers with five goals on the night. The Tigers were down 3-0 before NA broke the ice on a Val Davis free position goal with 19:47 left in the half. The teams went back-and-forth offensively for the rest of the first frame. Ryley McClellan tallied two goals and Brooke Ferringer, Oates and Skye DePrado netted three straight to tie the game at 6-6 with just under fives minutes left in the first half. Seneca Valley held an 8-6 lead at halftime.

North Allegheny started the second with quick goals from Paige Jones and Oates to tie the game at 8-8. A free position goal from Lexi McClure gave the Tigers its first lead of the game 11-10 with 8:14 left in the contest. The Raiders eventually tied the game and then took the lead with 5:26 remaining off of a hat trick goal scored by junior midfielder Emily Meredith. With just 12 seconds left, a late surge from Oates and the Tiger offense led to the game-tying goal.

In overtime, Seneca Valley won the opening draw and never looked back. The Raiders held possession for the rest of the game. Junior midfielder Madi Edkins scored the game-winner with 1:43 left in the extra period, her third of the game.

Oates was named the Wright Automotive Player of the Game with a great two-way performance highlighted by her play in the offensive zone. Oates now has seven goals on the year.

The Tigers now post a 2-3 record in Section 3-AAA action, while the Raiders improve to 2-2 in conference play. North Allegheny next hosts Oakland Catholic at Newman Stadium on Friday. Start time is set for 7:30 p.m.