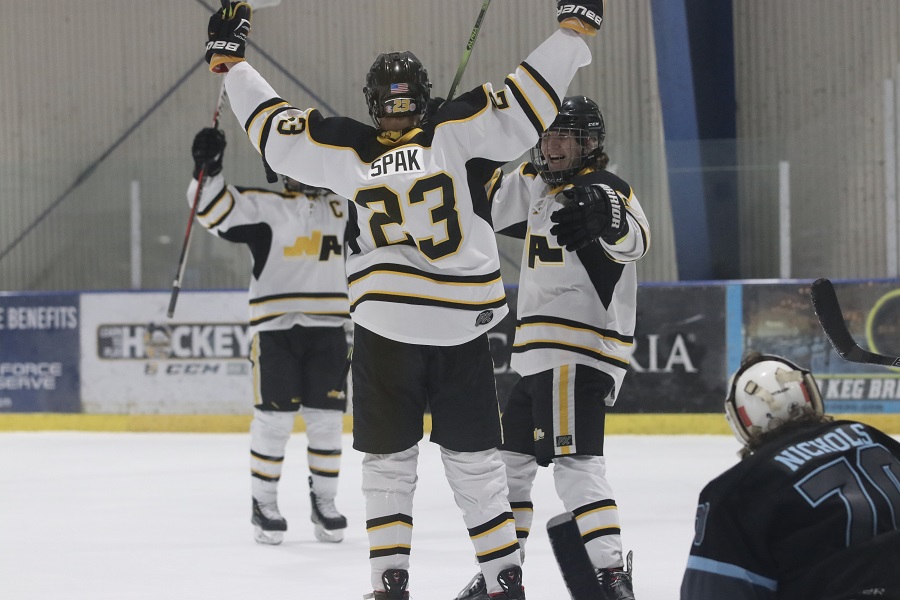 In another strong defensive showing for North Allegheny, the Tigers earned a 2-1 victory over the Seneca Valley Raiders on Monday night at the Baierl Ice Complex. After back-to-back shutouts, the Tigers yielded only one second period goal to the Raiders, the first permitted by NA in seven consecutive periods.

With goals at a premium, senior forward Connor Chi netted the first goal of the game at the 15:57 mark of the first period for a 1-0 lead. Chi’s goal was assisted by Matt Irvin and Owen Logan.

Junior goalie Rylan Murphy made sure the one-goal lead stood by denying all 10 shots he faced in the third period and stopped 27 pucks on the night. Seneca Valley’s Jonathan Nichols made 24 saves in a losing effort.

With the win, the first-place Tigers improve to 16-2-1 on the season with 33 points and will host Central Catholic on Thursday in their regular season finale. The Raiders slip to 11-7-2 overall and sit in fourth place with 24 points.