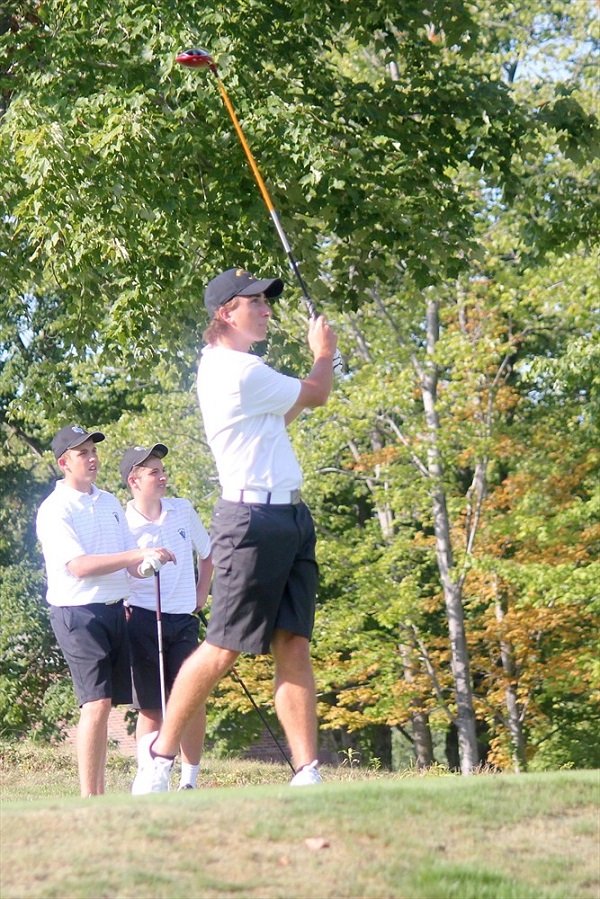 Following several successful performances by the Tigers at the WPIAL Individual qualifier this week, the North Allegheny boys’ golfers returned to team action and collected a big section win over the Pine-Richland Rams, 192-193. In the span of a week, the Tigers have atoned for their only two section losses with revenge victories, including Tuesday’s narrow win over the Rams.

North Allegheny was paced by Ryan Dougherty who shot a 37, followed by a pair of 38’s from Luke Minsky and David Mrazik. Pat Narduzzi contributed to the win by shooting a 39, while Noah Wessel and Kyle Dewey shot a 40 and 41, respectively. Pine-Richland was led by Austin Matz who tallied a 37.

The win moves North Allegheny to 9-3 overall and 7-2 in section play. The Tigers host North Hills on Thursday for their final section match of the season.