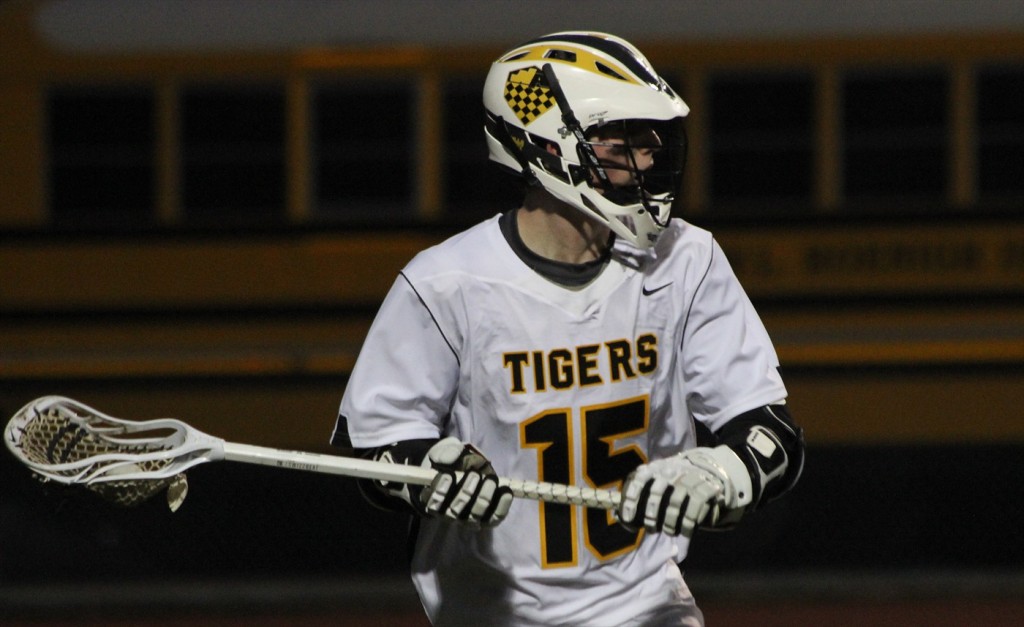 Mt. Lebanon junior Dan Lee scored the game winning goal in double overtime to lift the Blue Devils to a 9-8 win over North Allegheny in the WPIAL Championship game at Highmark Stadium on Friday night. Mt. Lebanon captured its fourth title in the last seven years.  This was a rematch from last year’s semifinal win when they defeated North Allegheny 10-9 also in double overtime.

North Allegheny would strike first three minutes in by getting a goal from the right side of the net from Gavin Hagen.  Mount Lebanon would answer just ten seconds later when Dan Lee scored to tie the game at one apiece.  Brian Ward opened the second period scoring by rifling a shot past Will Rahenkamp but Hagen answered back with his second goal of the game to tie the game at 2-2.  The Blue Devils dominated the rest of the half and scored two goals from Sam White and another from Brian Ward to lead 4-2 going into the locker room at the half.

The Tigers made the adjustments at intermission and responded with five goals in the third period, scoring three in a span of 1:06.  North Allegheny took a 7-6 lead into the fourth and expanded that lead when freshman Wes Powell scored at the 1:34 mark of the fourth period and things were looking up for the Tigers. However, Mount Lebanon responded scoring two goals in 38 seconds from Owen Chamberlain and Brian Kelly.  Neither team could score the rest of the way and the game headed to overtime.

In the first overtime the Tigers won the face off and had a two minute possession with three shots but could not beat goalie Matt Lee. Mount Lebanon had two close chances but could not score either and the game went to a second overtime.  Again North Allegheny won the face off but Ted Ednaczyk hit the side of the net a minute in.  Mount Lebanon responded when Sam White was stopped from point blank range.  It looked like we would head to a third overtime after Rahenkamp made a save with 13 seconds left but made a clearing pass that was intercepted by Jacob Zoffer and he was able to rush up and find Dan Lee 10 yards out on the left side of the net for the game winning goal and the Blue Devils were celebrating.

Both teams will now move on to the PIAA playoffs which will take place on Wednesday.  The Wright Automotive player of the game was Gavin Hagen for his three goals on the night.