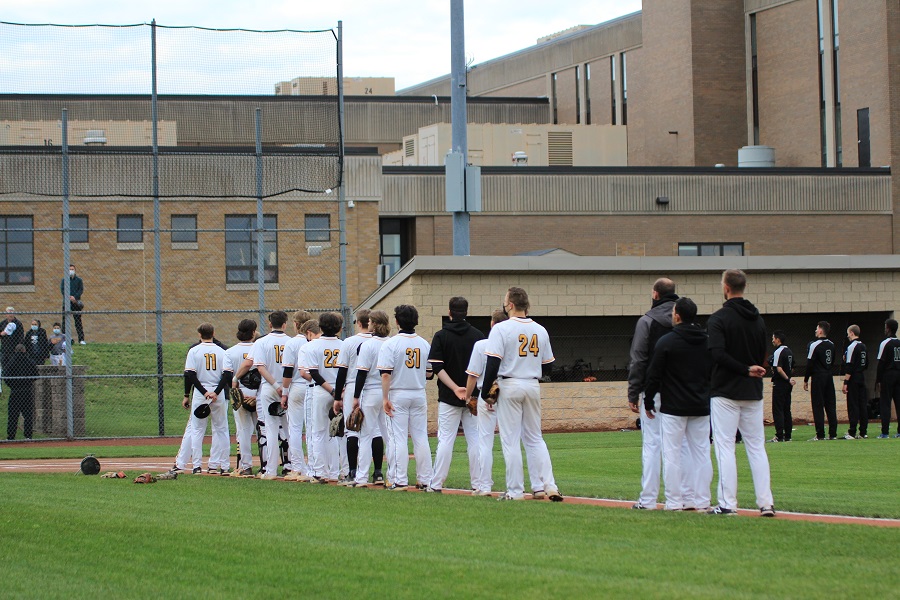 North Allegheny’s six-game winning streak was snapped on Wednesday night with a 2-1 home loss to Penn-Trafford in non-section play.

The contest was a pitcher’s duel between NA’s Joe Lang and PT’s Tyler Hoover. Still scoreless going into the top of the fifth, the Warriors broke through against Lang on a Jake Otto RBI single for a 1-0 lead. Penn-Trafford tacked on another run in the sixth courtesy of a Dylan Grabowksi RBI single for a 2-0 lead.

Hoover blanked the Tigers through five innings, but North Allegheny attempted to rally against the PT bullpen in the bottom of the sixth. With two outs and two men on, David Posey delivered a clutch RBI single to score Harron Lee, cutting the deficit to 2-1. However, an out on the bases following the Posey single ended the inning and North Allegheny’s threat to tie the game.

After surviving NA’s uprising in the sixth inning, Penn-Trafford reliever Joe MacIntosh and put together a 1-2-3 seventh to secure the victory and the save. Lang suffered the hard-luck loss, strikeout out eight batters in 5.2 innings of work.

Top-ranked North Allegheny falls to 16-3 overall, while Penn-Trafford improves to 11-6 overall. The playoff-bound Tigers will wrap up the regular season on Thursday with a road game at Upper St. Clair.