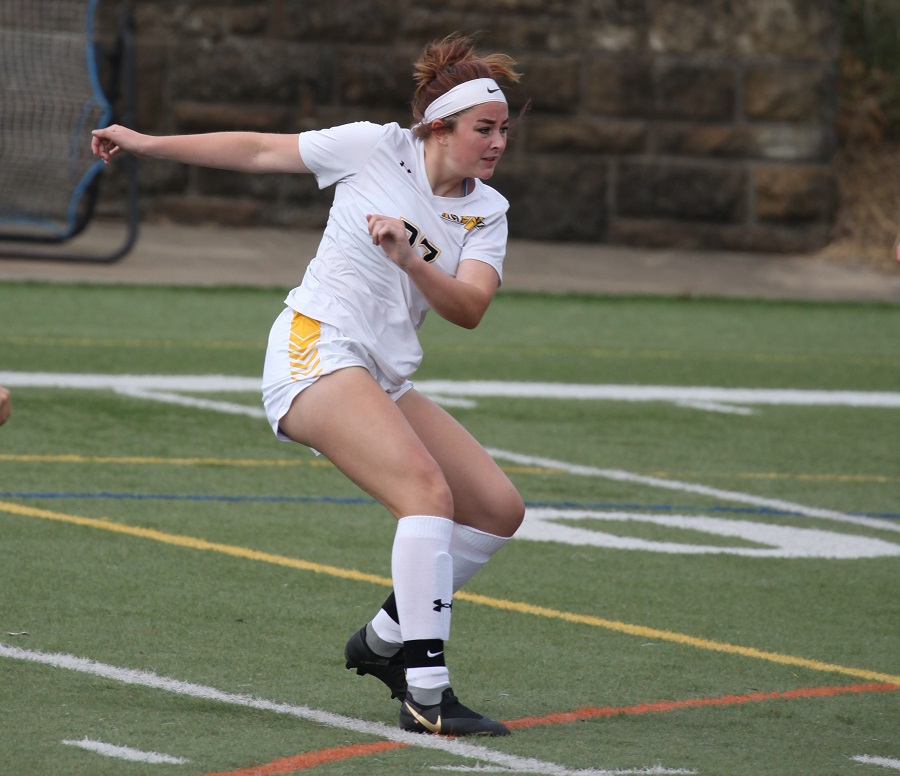 For the third time this season, North Allegheny faced off against a top-ranked team in the Class AAAA rankings. However, despite early season wins against formerly No. 1-ranked Norwin and Pine-Richland, the Tigers were edged on Tuesday night by the undefeated Fox Chapel Foxes, 2-1.

Playing on their home turf, the Foxes scored first in the non-section contest with a marker by Lucy Ream at 32:18 in the first half. Fox Chapel increased its advantage to 2-0 on another Ream goal with 32:28 remaining in the second half.

The Tigers fought back in the remaining minutes and trimmed the deficit to 2-1 with 19:09 to left to play when sophomore forward Allie Burns scored on a cross from freshman Abigail Stager. NA continued to pressure down the stretch but were unable to find the equalizer.

North Allegheny falls to 4-2 overall following the loss. Fox Chapel remains undefeated with a record of 6-0. The Tigers return to action on Thursday night with a home section matchup with the Seneca Valley Raiders.