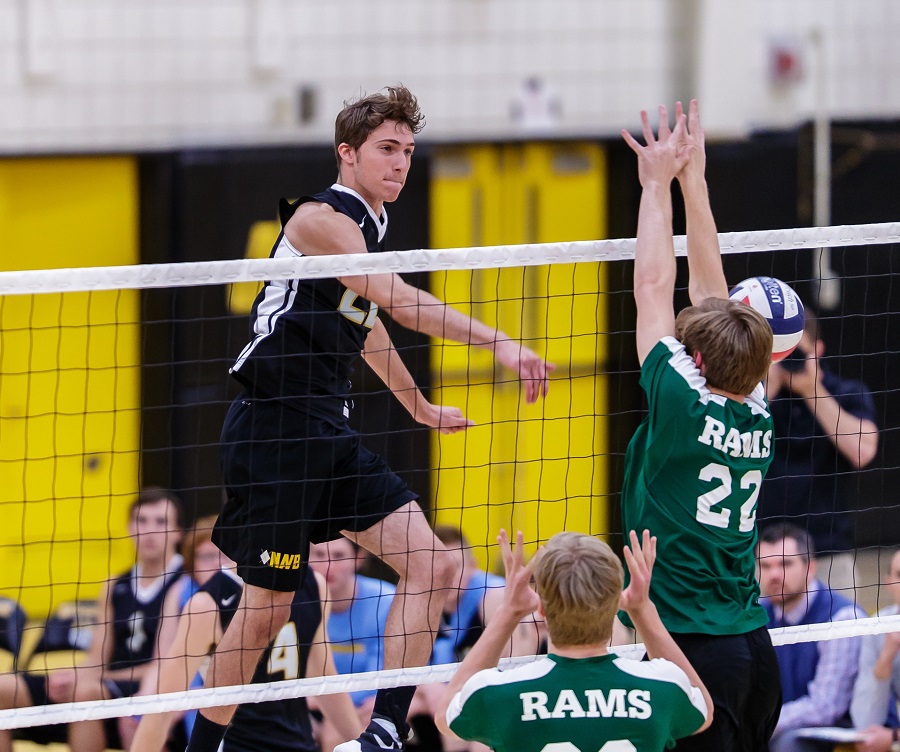 The North Allegheny boys’ volleyball team defeated the Pine-Richland Rams on Thursday night, 3-1, in the WPIAL quarterfinals. The Tigers defeated their neighborhood rival by set scores of 23-25, 25-20, 25-21 and 25-17.

The North Allegheny attack was paced by Seth Russell with a team-high 17 kills. In all, four Tigers finished in double figures in kills, including Eric Visgitis who posted 11 kills and Jason Stiefvater and Luke Visgitis who tallied 10 kills apiece. Defensively, Danny Lebovitz handled 27 digs and setter M.J. Barton was pinpoint with his passes for 54 assists.

North Allegheny improves to 15-2 on the season and will take on Bethel Park on Tuesday night in the WPIAL semifinals.