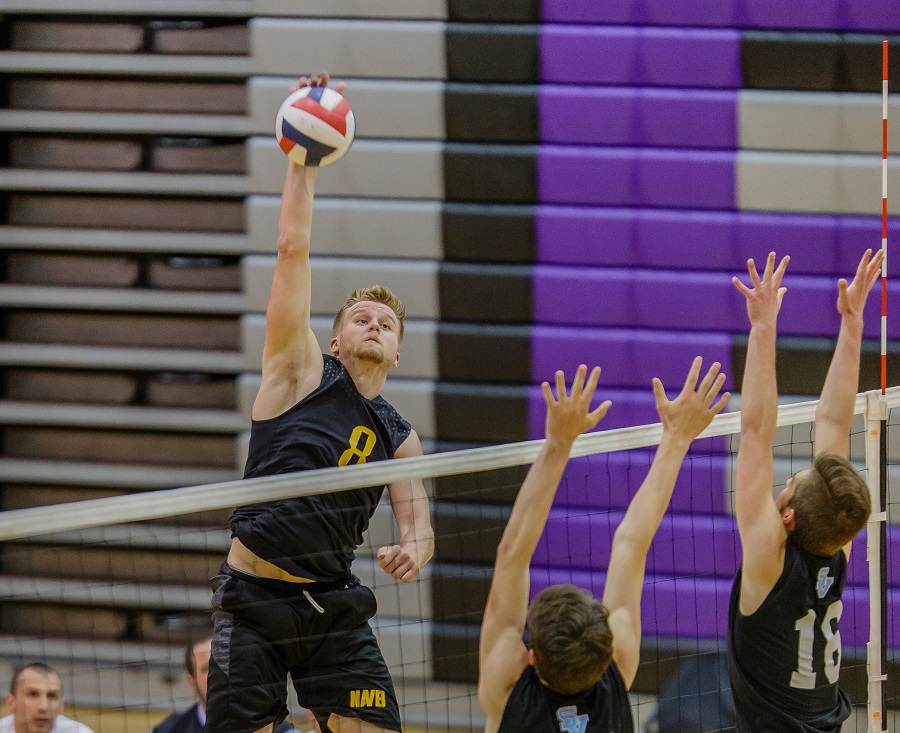 Despite dropping its first set since April—and only its second in a dual match all season—North Allegheny defeated Section 2 rival Seneca Valley 3-0 in Monday’s WPIAL Class 3A semifinal match at Baldwin. The Tigers won by set scores of 25-21, 25-16, 23-25 and 25-23.

With the score tied 7-7 in Monday’s opening set, the Tigers used a pair of kills from both senior Eric Visigitis and junior Canyon Tuman to grab a four-point lead they never relinquished. Then in the second set, NA never trailed, using a 7-0 spurt partway through to secure the lopsided win.

Down two games, however, Seneca Valley rallied, largely behind the play of senior outside hitter Matt Gagnon. The Raiders led for the majority of the third set, and with the match hanging in balance at 23-23, Gagnon registered two-straight kills to force a fourth set.

That fourth set proved to be much of the same initially, as Seneca Valley held the lead for more than half of the stanza. With the Raiders ahead 16-14, though, NA embarked on a 4-0 run that gave the Tigers their first lead, an advantage they never gave up.

Individually, Tuman spearheaded the Tigers’ offense with a team-best 18 kills. The three-sport standout also tacked on seven digs and four block assists, and for his all-around effort, he earned the honor of Wright Automotive Player of the Match.

Senior Danny Lebovitz led the way defensively for NA, racking up 29 digs. Classmate MJ Barton handled the majority of the setting duties and notched a team-high 35 assists in the process.

Wednesday’s title match against Penn-Trafford is set to get underway at approximately 8 p.m. from Baldwin, following the conclusion of the Class 2A championship. The Warriors defeated Bethel Park in Monday’s other semifinal and are coached by Jim Schall, brother of Tigers head coach Dan Schall.