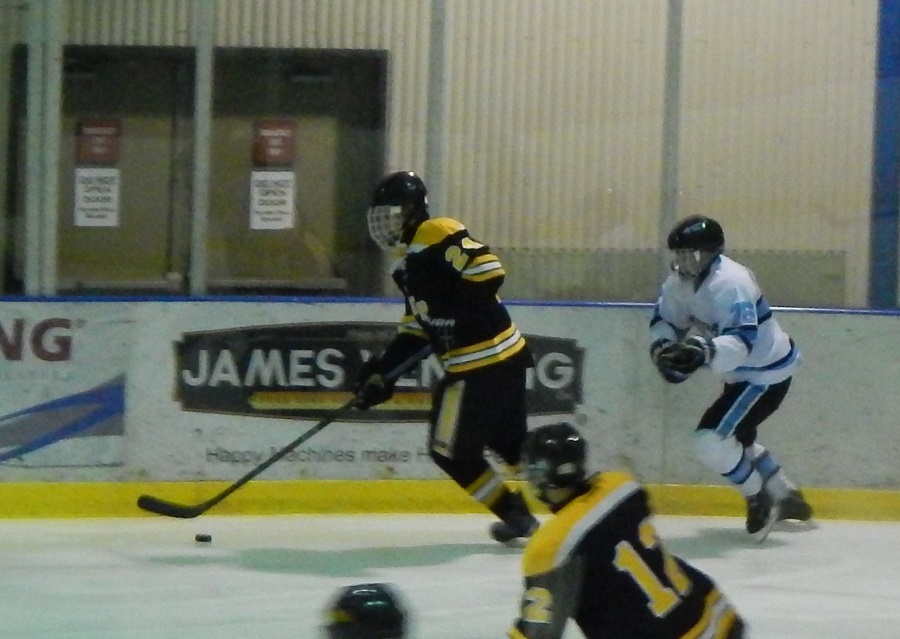 Senior Michael Kramer netted a hat trick and the North Allegheny ice hockey team shellacked the State College Little Lions on Thursday night, 9-5, at the Pegula Ice Arena. The Tigers opened up leads of 5-0 and 7-1 in an offensive outburst against the Little Lions.

State College received a three-point night from Andrew Skipper, including two goals.  The Lions did very little until the game was well out of reach. Douglas Wild got the start for the Tigers and stopped 24 of 29 shots for the win.

North Allegheny improves to 11-2-2 with the win while State College drops to 2-12-0.  The Tigers host the Upper St. Clair Panthers on Tuesday night at 7:30 pm.