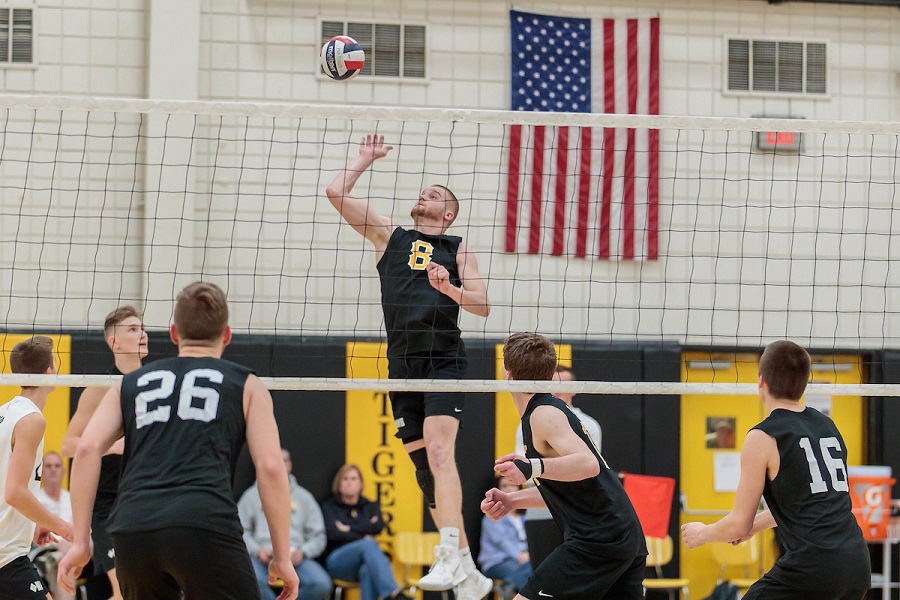 It was more of the same for the North Allegheny Boys’ volleyball team in their season and section-opening win against Shaler on Tuesday night at North Allegheny High School.

Shaler came out and scored the first point of the match, but once NA took a 2-1 lead, it did not relinquish it. The size, strength and power were highlighted throughout the first set with 14 kills, the most of any set. The offense was led by senior and Penn State commit, Canyon Tuman. Tuman recorded five of his team-high 15 kills in the first set. For his performance, Tuman picked up the first Wright Automotive Player of the Game honors of the season for the Tigers.

Shaler gained more confidence in the second set, but had a hard time stringing together consecutive points, losing 25-16. The Tigers recorded 13 kills in the set and had only four errors in the first two sets.

The young, pesky Titans, who only have two seniors on their roster, showed what they were made of in the third set. After falling behing 3-0, they battled back to tie the top Class AAA team in the state at 6-6. Every time the Tigers went up by a couple of points, the Titans responded.

North Allegheny got to within match point at 24-18, but again Shaler showed their resilience. The Titans rattled off three points before senior A.J. Schmidt recorded the final kill of the night to put Shaler away.

North Allegheny improves to 1-0 on the season and in Section 2-AAA. They will return to action on Thursday when they travel to Pine-Richland.