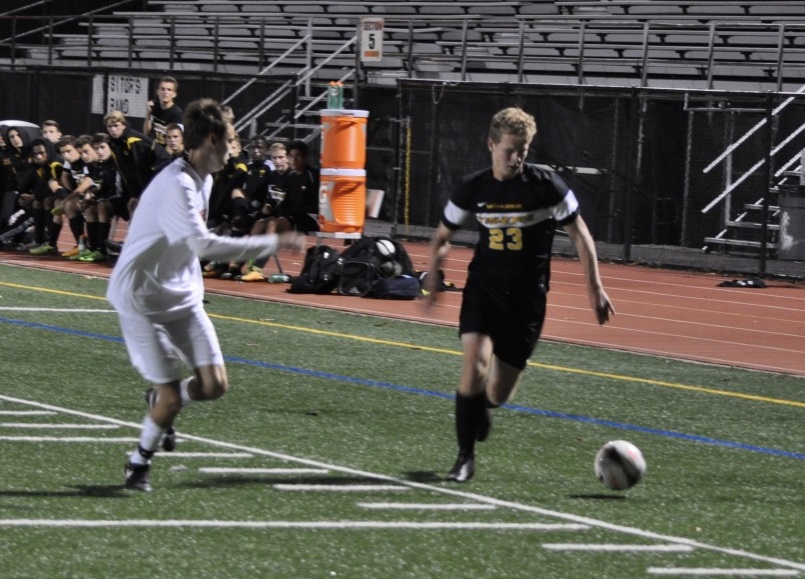 The NA Tigers traveled to the south hills to take on the Bethel Park Blackhawks Thursday night and came away with their first loss of the season, falling 1-0 in overtime.

The Tigers dominated possession time in both halves and in the overtime period. NA had several scoring opportunities but were unable to solve the Bethel Park strategy of having nine players packed in on defense.  Coach Bobby Vosmaer tried different combinations of players as the game progressed in an effort to break through and score the all-important first goal but several good saves by the Bethel Park keeper and some shots that missed just wide frustrated their efforts. The Black Hawks netted the game winning goal on a marker by senior David Conely in overtime.

North Allegheny slips to 3-1 overall on the season, while Bethel Park remains undefeated at 3-0-1. The Tigers must rebound quickly as they again travel to the south hills on Saturday to take on perennial soccer power Peters Township in their last non-section game before starting section play next week. The Indians will be looking for revenge as the Tigers defeated them in the WPIAL playoffs last year during their march to the WPIAL title.