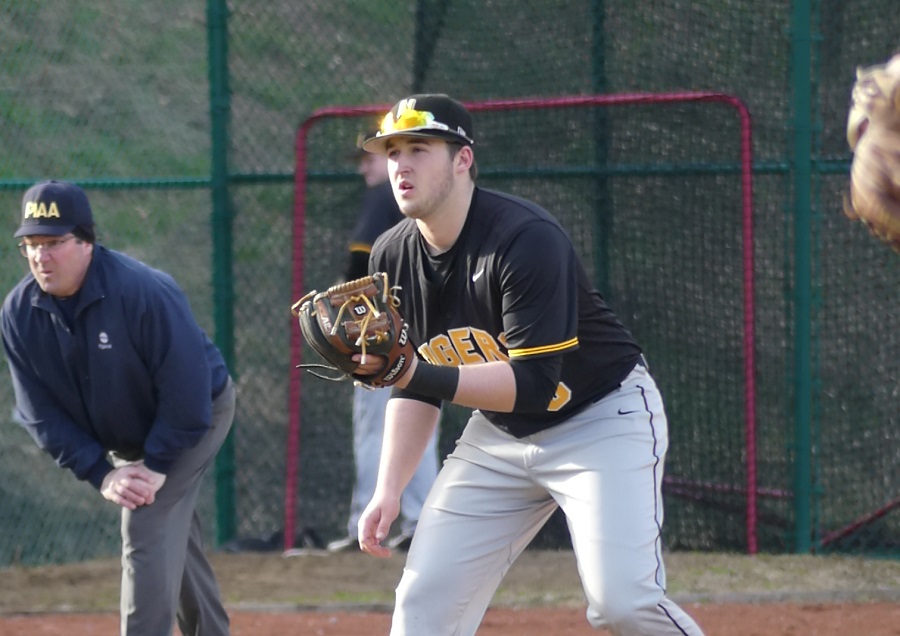 The North Allegheny baseball team fell to the Canon-McMillan Big Macs on Thursday afternoon, 6 -3, in the PIAA quarterfinals at Seton Hill University. The Big Macs scored four runs in the first inning and staved off a North Allegheny comeback bid to advance to the state semifinals next week.

In the opening frame, the Big Macs surged ahead on an RBI double by Ian Hess, a two-run double by Cam Weston and a squeeze bunt RBI by Zachary Rohaley for a 4-0 lead.

North Allegheny trimmed the score to 4-2 in the fourth inning courtesy of an RBI single from C.J. Weller and an RBI groundout by Brett Heckert.

Canon-McMillan tacked on a pair of important insurance runs in the bottom of the fifth inning when Hess drove in Brandon Kline on a sacrifice fly and Weston followed with an RBI single for a 6-2 lead.

The Tigers got a run back in the top of the sixth inning as Caiden Wood scored Brett Loughner with a sacrifice fly to centerfield to cut the score to 6-3, Canon-McMillan. Wood reached base twice on a pair of walks, scored a run and drove in another on his way to Wright Automotive Player of the Game honors.

In the top of the seventh, North Allegheny threatened again as Joey Colella led off the inning with a walk and Justin Hamm reached on a single two outs later. With the game tying run at the plate in the form of power hitting Colin Cain, the Big Macs brought in Kline in relief who struck out Cain to end the ballgame.

Big Macs starter Cam Weston earned the win with six innings of work, allowing only two hits, three runs (two earned) with five walks and four strikeouts. Hess recorded two outs in the seventh and Kline picked up his first save of the year.

North Allegheny’s season ends with a 14-12 record. Canon-McMillan improves to 19-5 on the campaign and will play in the PIAA semifinals on Monday. Congratulations to the North Allegheny baseball team and head coach Andrew Heck for another successful and thrilling season.