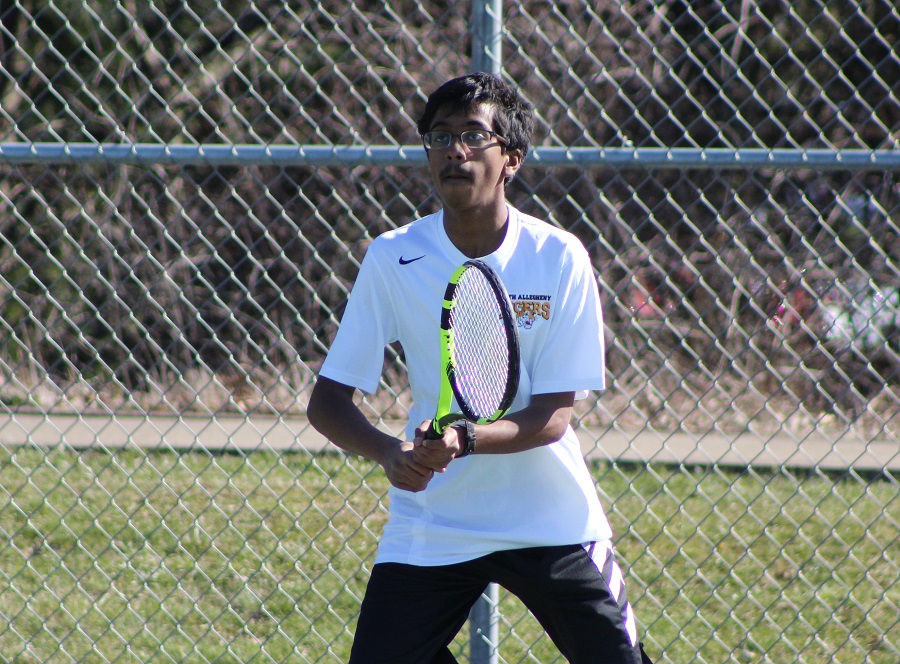 The Tigers traveled the Interstate 79 corridor to Erie, PA, Tuesday afternoon to renew their rivalry with Erie Cathedral Prep, a dominant team in PIAA’s District 10.   Playing indoors at the Westwood Racquet Club, the Ramblers took the measure of the Tigers, 5-0, in an exhibition match.

A strong performance was turned in by the first doubles unit of sophomores Mark Chuirazzi and Jerry Huang, who fought valiantly but fell in a third set tie break to their counterparts.  Junior Richard Hofmann got off to a slow start at first singles against Joe DeMarco but turned his match into a flurry of power shots that nearly toppled his opponent.

With the loss, the Tigers even out at 5-5 on the season as they prepare to resume Section 2 action Wednesday afternoon at home against the Mars Planets. The match is scheduled for a 3:30 starting time on the NASH courts.