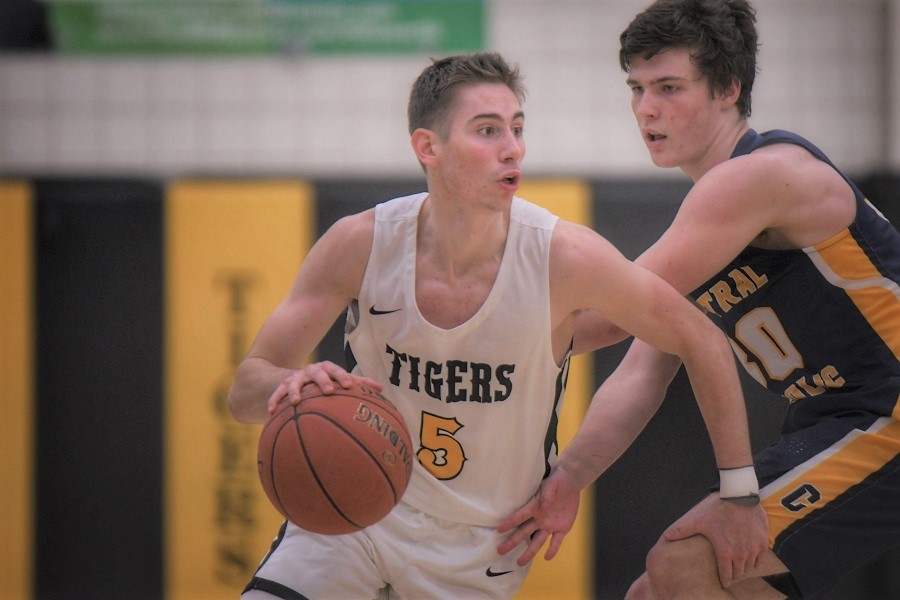 Tigers Fall To Vikings In Overtime

Central Catholic only made one basket it overtime, but it was enough to slip by North Allegheny with a 55-54 road win on Tuesday night.

The Vikings banked in a 3-pointer on their first possession of overtime and held the Tigers to two points including a couple of key stops as time was running out.

NA rebounded the front end of a 1-and-1 miss by Central Catholic twice in the final minute but were unable to convert on either opportunity.

The Tigers fought from behind most of the game and finally took the lead in the opening minutes of the fourth quarter after a quick 6-0 spurt. They held a 50-45 lead with a few minutes remaining but the Vikings ended the quarter on a 7-2 run to force overtime.