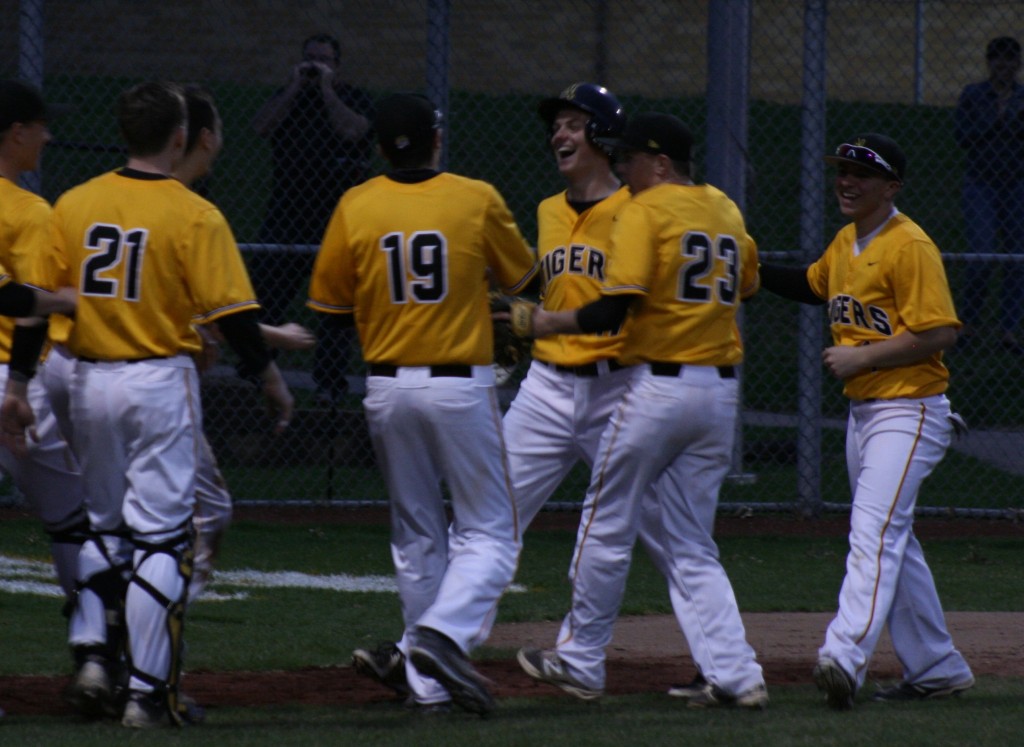 In a non-section tune up prior to the WPIAL playoffs next week, the North Allegheny Tigers blasted the Section 2 champion Hempfield Spartans on Monday night for a 14-8 victory. The Tigers have qualified for the postseason as the second place finisher in Section 1. The Spartans are undefeated in Section 2.

North Allegheny used three big innings to defeat Hempfied, including a seven-run second inning. Senior Blake Young registered a 4 for 4 day with four RBI and Alex Mesaros tallied a 1 for 4 day with three RBI to help pace the NA attack. Senior Joe Fitzgerald clubbed a two-run homer in a four-run third inning for the Tigers, his first long ball of the season. For Hempfield, Dom Mori produced three RBI and two runs scored with a 2 for 3 performance to lead the Spartans.

With 22 runs scored combined it was a tough day to be a pitcher, but senior Neil Woods worked 3.1 innings of one-hit baseball to earn the victory. Woods struck out four batters without a walk. Hempfield’s Jordan Fielder took the loss, serving up seven runs (three earned) in two innings on the bump.

With the win, North Allegheny raises its record to 11-8 overall while Hempfield slips to 13-6 on the season. The Tigers will finish up a suspended non-section game against Hampton on Friday at 3:45 pm. The contest was originally halted in the second inning on April 2 on with game tied 2-2.