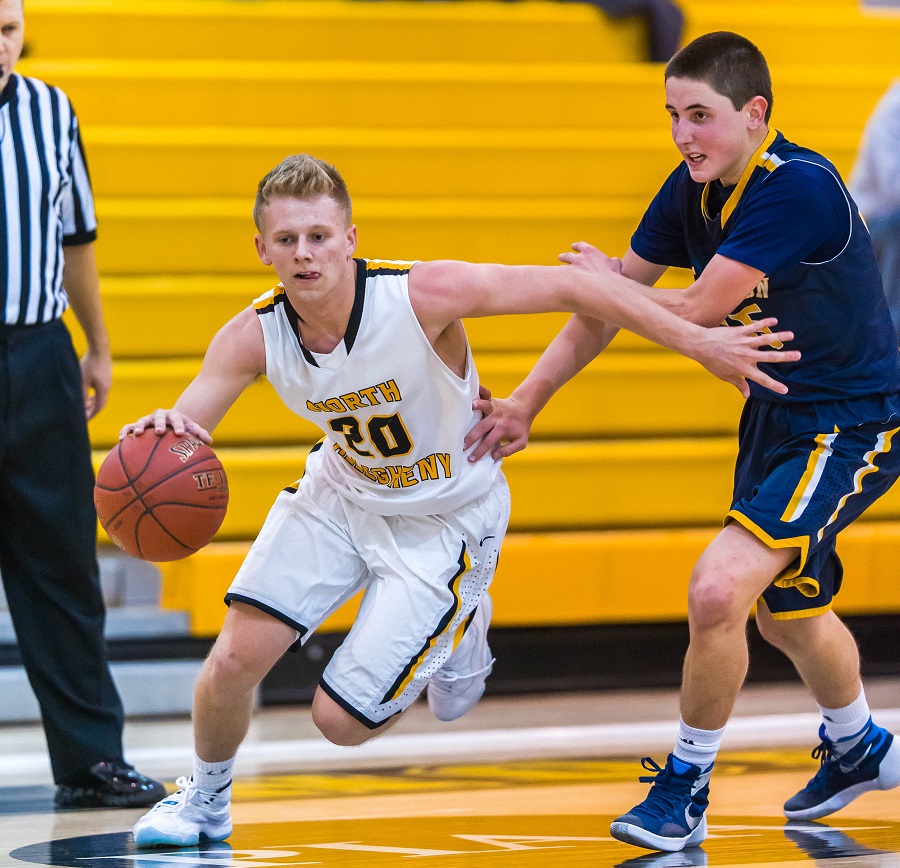 The North Allegheny boys’ basketball team topped the Shaler Titans in the Section 3-AAAA opener on Friday night, 64-59. The Tigers were led by Ray Sandherr who posted a team-high 18 points and knocked down 3 of 8 shots from beyond the arc. The sophomore guard also did important work at the free-throw line, draining 9 of 12 shots from the charity stripe.

Winless Shaler hung tough with North Allegheny and trailed by only one point going into the fourth quarter, 46-45. The Titans shot 51 percent from the field and held the Tigers to 38 percent shooting. In the end, North Allegheny was able to pour in enough 3-pointers and force enough steals to claim the win. The Tigers were 10 of 33 from the outside and won the turnover battle, 19-12.

North Allegheny jumps to 3-1 overall and 1-0 in section play with the win. Shaler falls to 0-4 overall and 0-1 in the section. The Tigers will host Pine-Richland on Tuesday night in a game that will be broadcast as the Quad-A Basketball Game of the Week. Randy Gore and Rick Meister will have the call.