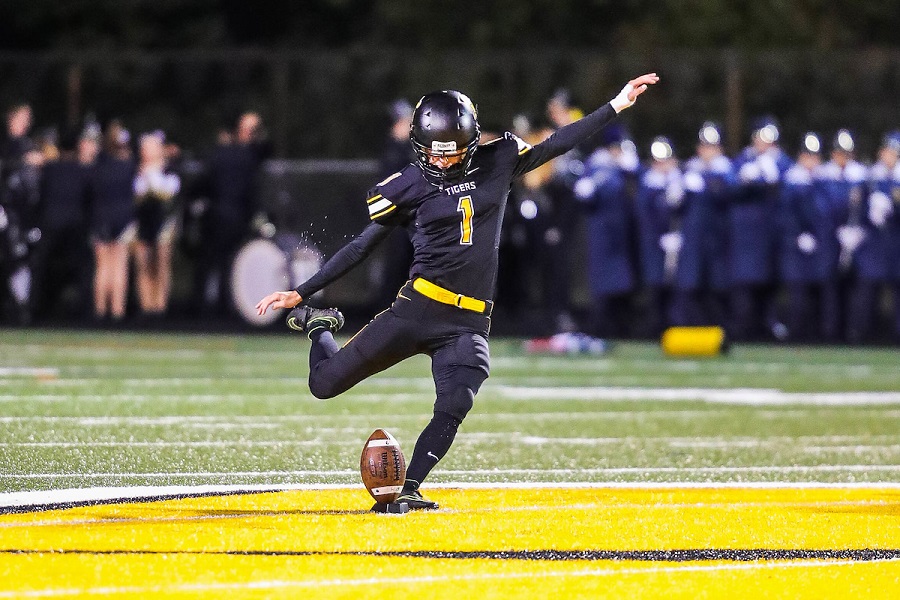 The North Allegheny Tigers (8-2) begin their trek in the WPIAL playoffs tonight with a quarterfinal game against the Hempfield Spartans (5-5) at Newman Stadium. These team met just two weeks ago with North Allegheny punished the Spartans, 42-7. In the win, North Allegheny racked up 440 yards of total offense while limiting Hempfield to just 191 yards, with most of that coming with the game out of reach in the fourth quarter. Of the offensive yardage for NA, 384 yards came on the ground with four different players scoring rushing touchdowns. Senior quarterback Ethan Maenza needed to throw only seven passes in the game and completed four of them for 56 yards and two touchdowns. Maenza also rushed for team-high 98 yards and a score.

The Tigers hope for a repeat performance in tonight’s quarterfinal contest. The game will be broadcast live via the internet on the North Allegheny Sports Network with the pregame show beginning at 7:10 p.m. Kickoff is slated for 7:30. To listen to tonight’s broadcast, click here.