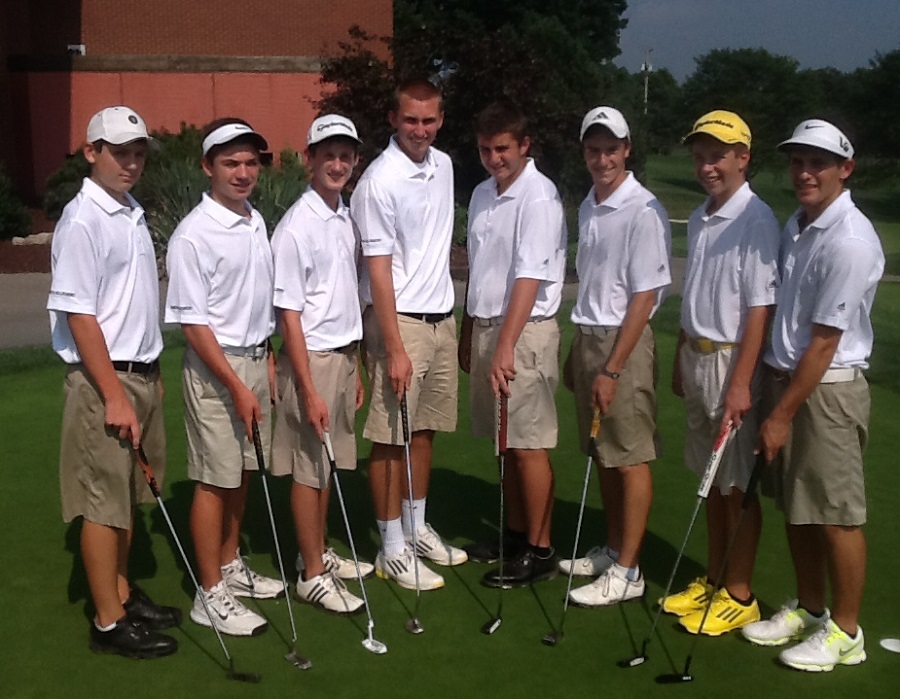 The North Allegheny Boys Golf Team proved that their early season upset of Central Catholic was no fluke, defeating the Vikings yet again for a 197-201 victory at Edgewood Golf Club.  Despite the fact that none of the Tigers had ever seen or played at Edgewood before, North Allegheny looked right at home on Central Catholic’s home course. Junior Martin Lazzaro was the team leader, beginning his round of 37 with a birdie on number one, a long par four.  Mike Sudo contributed a solid 38 with a birdie on hole eight, and Ryan Dougherty had a 39.  Josh Huhn birdied the ninth hole for a 41 and Nick Longo had a solid 42.

North Allegheny improves to 5-1 overall and 4-1 in section play. The Tigers visit Pine-Richland on Wednesday afternoon.  Tee-time is scheduled for 4:00 pm.