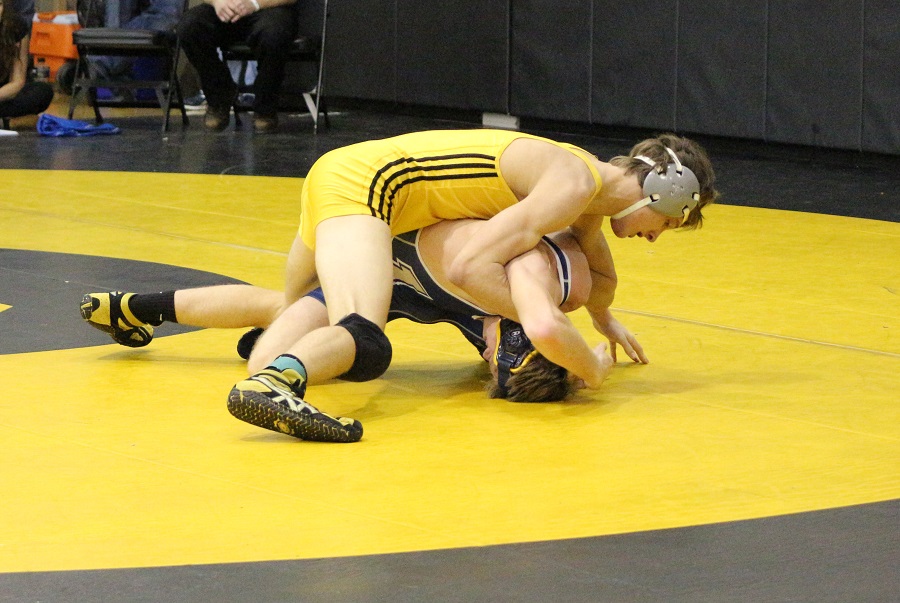 The North Allegheny wrestling team used seven pin falls to knock out the Knoch Knights, 67-3. The Tigers dropped only one bout all night and won in a rout for their first section win of the season.

Charles Sanders (285), Jacob Downing (106), Nick Pepe (120), Will Baierl (132), Sean Kalmeyer (152), Jacob Fritsch (170) and Francis Duggan (195) all claimed wins by fall in the blowout of Knoch. The fall by Fritsch over Matt Walter at 170 pounds was perhaps the most entertaining bout of the evening as the two grapplers were involved in a scoreless tie deep into the third period. However, Fritsch managed to turn Walter over with 19 seconds remaining for the pin and was named the Wright Automotive Wrestler of the Match by the North Allegheny Sports Network.

Adding to the Tigers team points, Jake Hinkson (145) and Jake Woodley (182) won by tech fall over their opponents. Gabe Falo claimed a 3-0 decision over Bill Hockenberry at 113 pounds, and Jiatian Qu (126) and Kevin Tang (220) captured wins by forfeit in their respective weight classes.